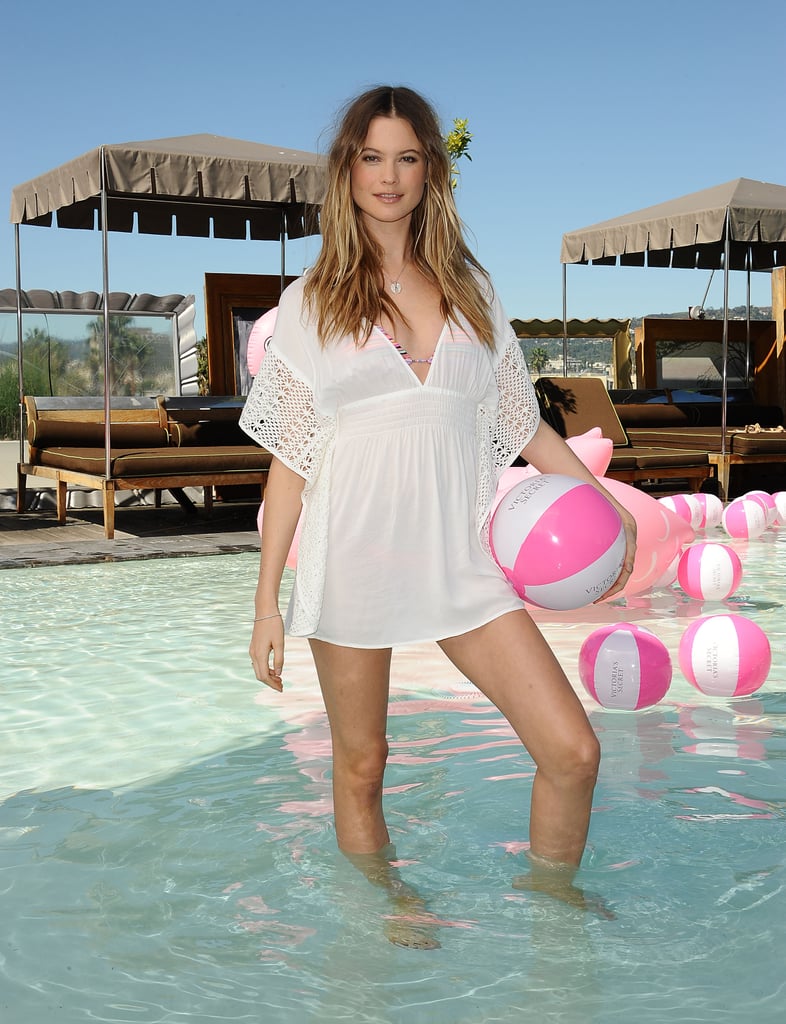 Behati Prinsloo is expecting her first child! News broke on Thursday that the model and wife of Adam Levine is reportedly three to four months along, and she gave us a tiny glimpse of her growing belly while attending Victoria's Secret's swim collection launch in LA earlier this week. Behati sported a bikini but covered up her bump with a semisheer white dress and playfully kept her arms in front of her as she posed for photos in a pool and with an inflatable flamingo. Back in December, the Namibian stunner showed off her stomach in a two-piece while shooting for Victoria's Secret in St. Barts. Keep reading for photos of Behati's little bump, then see her cutest moments with Adam.

Eve
"We Finally Get to Tell Everyone!!!" — Rapper Eve Is Pregnant With Her First Child
by Chanel Vargas 13 hours ago

Olivia Munn
After a Whirlwind Romance, John Mulaney and Olivia Munn Are Expecting Their First Child
by Kelsey Garcia 9/08