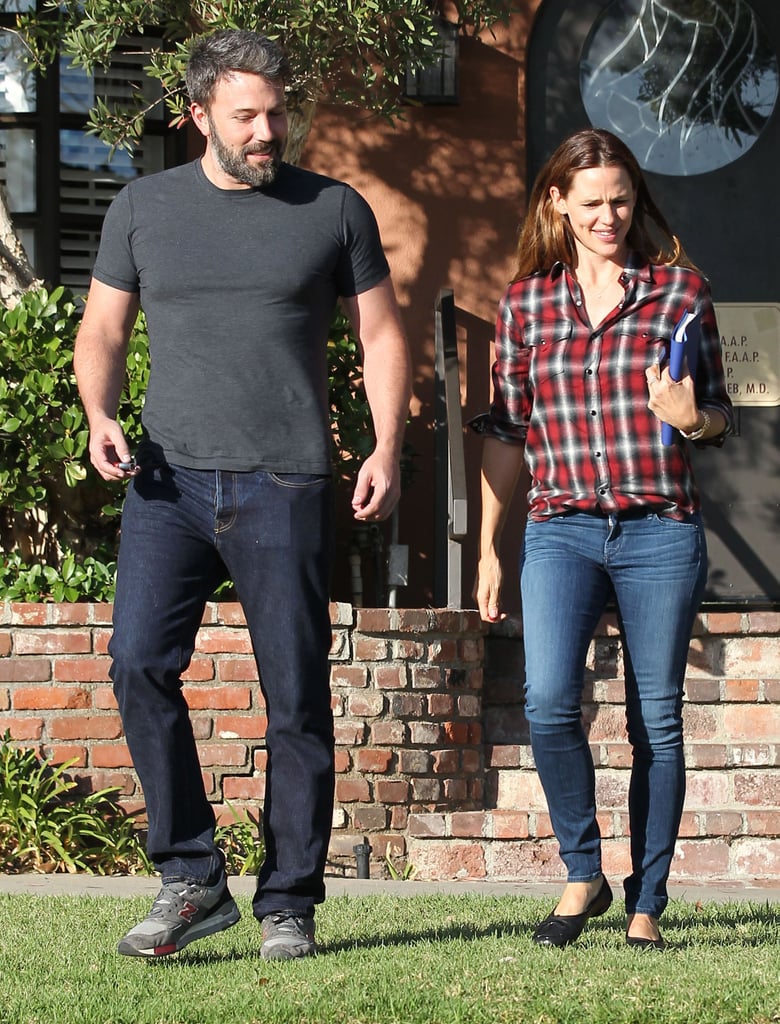 Ben Affleck and Jennifer Garner were spotted leaving a doctor's office in LA on Thursday. They looked completely at ease while exiting the building and were all smiles — even looking to be sharing a laugh — while getting into a car together after their appointment, which was reportedly with a marriage counselor. Despite the fact that they're going through a divorce, the couple has managed to remain civil and keep a united front in public, especially when it comes to their three children; though Ben looked remarkably downcast during a day at Disney World with his brood last month, the Oscar-winning actor kept a grin on his face while running errands in LA just days later.

Jennifer is back on the West Coast after spending time in Atlanta to film her movie Miracles From Heaven for most of the Summer. According to reports, Ben was taking care of Violet, Seraphina, and Samuel while Jen was on set, and the family linked up to celebrate Ben's birthday in Orlando a week after he turned 43. Since announcing their plans to divorce back in June, the pair seems to be playing a game of wedding ring roulette — both Ben and Jen have been spotted wearing their bands on separate occasions, just to be seen without them days later. Keep reading to see their latest smiley outing in LA.