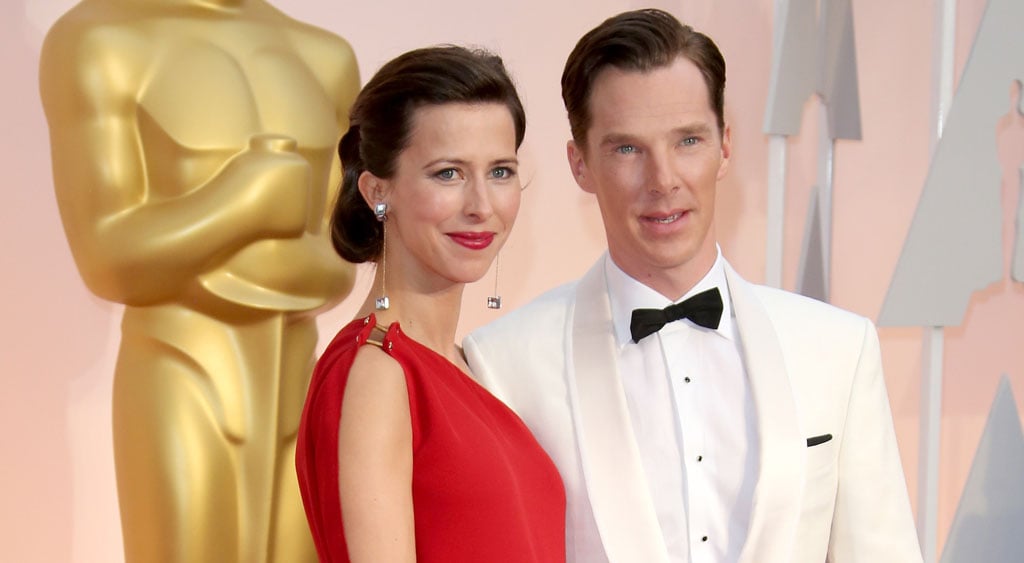 Benedict Cumberbatch and his wife, theater director Sophie Hunter, welcomed their first child, a boy, in June, and now the little one's name has been revealed. People is reporting that the couple named their newborn Christopher Carlton Cumberbatch. According to the magazine, Carlton is a family middle name that has been passed down, shared by the actor, his father, and now his son.

The pair announced Christopher's birth earlier this Summer, saying in a statement via their rep, "Benedict Cumberbatch and Sophie Hunter are delighted to announce the arrival of their beautiful son. We would kindly ask everyone to respect the family's privacy during these next few precious weeks." The couple announced they would become parents for the first time in January, just one month before they tied the knot in a secret Valentine's Day ceremony on the Isle of Wight in England. Two days after saying "I do," Sophie showed off her new bling while on a casual outing with her husband.