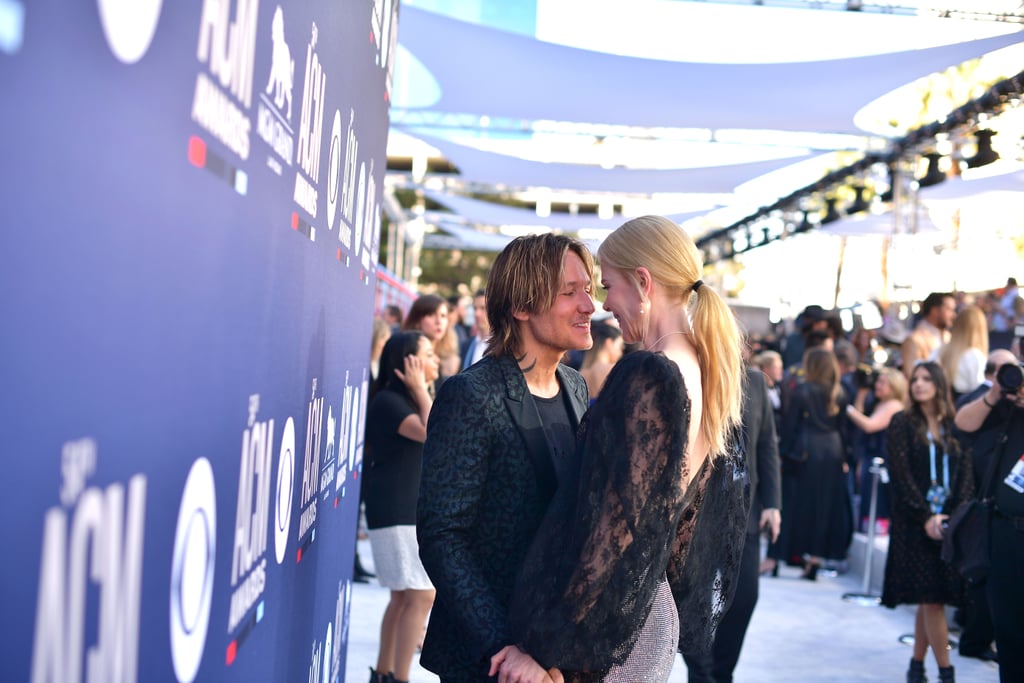 The ACM Awards basically doubled as a huge country music concert! On Sunday night, the biggest country singers joined together at MGM Grand Garden Arena in Las Vegas. While the night brought out a ton of celebrity couples on the red carpet — including The Bachelor's Colton Underwood and Cassie Randolph and Nicole Kidman and Keith Urban — some of the biggest moments of the night happened on the stage. Carrie Underwood sang alongside This Is Us star Chrissy Metz, Miranda Lambert lit up the stage as she performed a medley of her greatest hits, and Kelly Clarkson brought down the house with Dan + Shay. Get a peek of the biggest moments of the night ahead!

Related:
Aww! Carrie Underwood Plants a Kiss on Her Husband in the Middle of Her ACMs Performance
Previous Next Start Slideshow
Red CarpetAward SeasonACM Awards