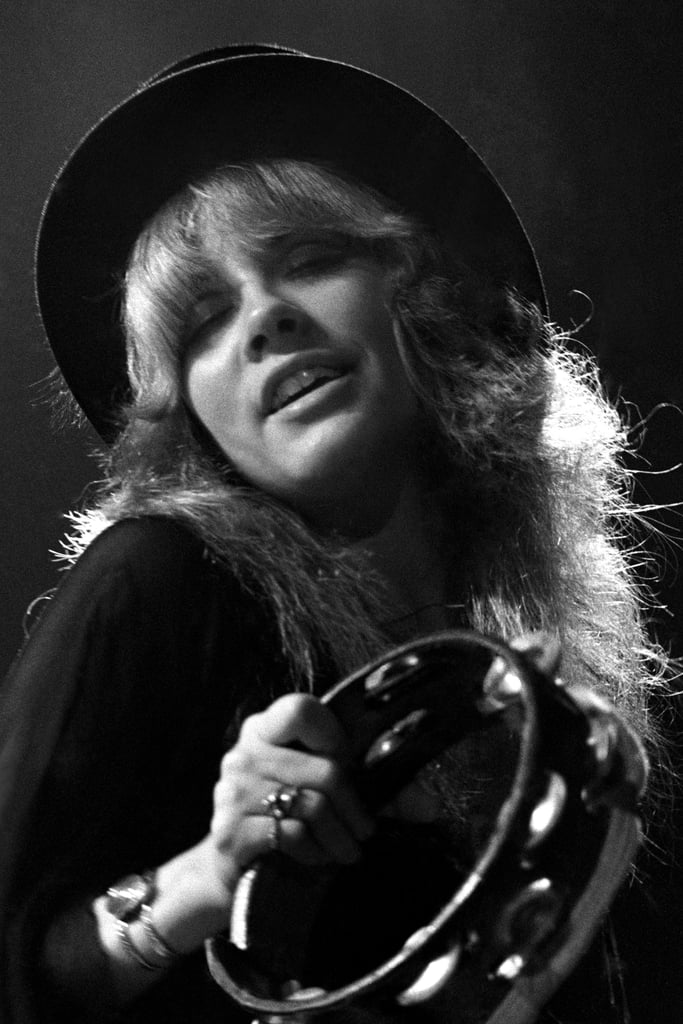 Let's be clear: Stevie Nicks is a national treasure. The 71-year-old singer, songwriter, and tambourine icon first sang her way into our hearts back in the early '70s when she joined Fleetwood Mac. She's given us classics like "Rhiannon," "Dreams," "Landslide," and (my personal favorite) "Silver Springs" and has continued to captivate us decades later with her soulful performances both on stage and on screen in American Horror Story. Stevie (born Stephanie Lynn Nicks) has also cemented her status as a paragon of style thanks to her signature floaty dresses, silk scarves, and fanciful top hats.

In March 2019, Stevie became the first woman to be inducted into the Rock and Roll Hall of Fame twice — she was first honored as a member of Fleetwood Mac in 1998, and again this year for her extensive solo career. Keep reading for some of Stevie's best photos, which are best scrolled through while blasting "The Chain."

Related:
Every Single 1 of Harry Styles and Stevie Nicks's Duets Is Heavenly Music to Our Ears
Previous Next Start Slideshow
NostalgiaStevie Nicks

Nostalgia
Almost 10 Years Later, Here's What the Cast of iCarly Is Up to Now
by Monica Sisavat 3 days ago