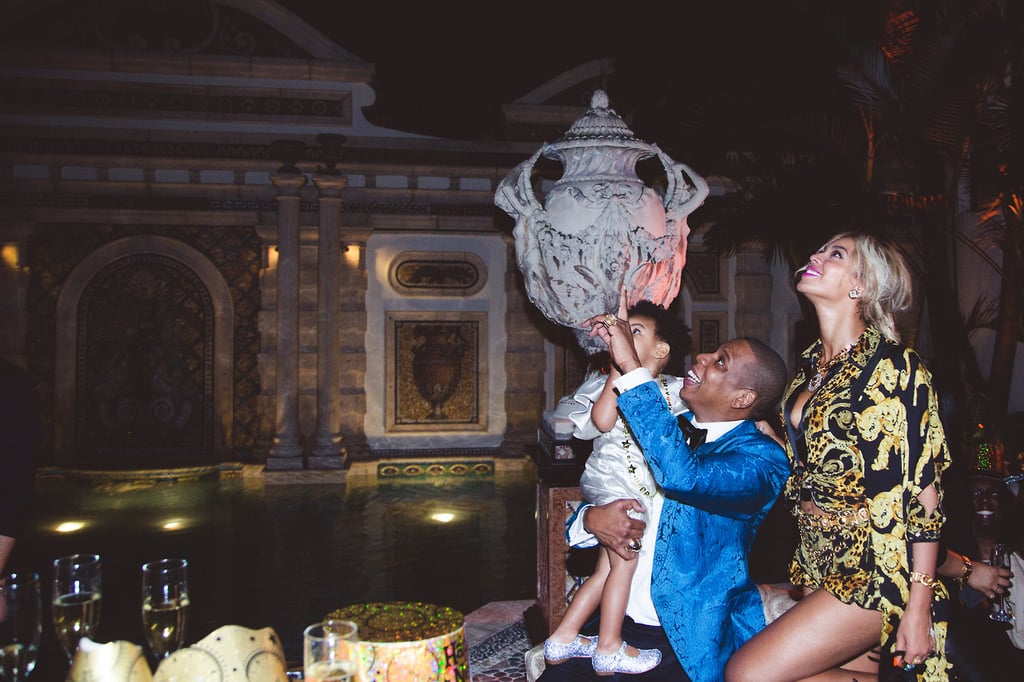 Blue Ivy Carter Is Already Having a Better Year Than You

We're two weeks in, and Blue Ivy's 2014 is off to a great start! Beyoncé took to her personal blog to share some new snaps of herself, husband Jay Z, and little Blue Ivy as they kicked off the New Year in style. First, we got an inside peek into her New Year's Eve bash at the Versace mansion in Miami. Bey was clad in a black-and-gold onesie while Jay kept things dapper in a bright blue suit jacket, and it looked like Blue Ivy may have been the tiniest party guest — almost as if the doorman said, "This party is adults only — except for you, Blue Ivy; you may enter." Like we told you before, this kid is the coolest.

Beyoncé also shared candid photos from Blue Ivy's second birthday party a few days later. She and Jay rented out Jungle Island, a wildlife park and botanical garden, and held a family soiree — attended by Kelly Rowland and Michelle Williams — before heading to New Orleans to celebrate Tina Knowles's 60th birthday! It's already been quite the whirlwind for little Blue Ivy, so keep reading to see the adorable snaps from her fun year so far.

Baby Names
Shawn Johnson *Finally* Shared Her Baby Boy's Name, and It's a Trendy One!
by Alessia Santoro 7 hours ago

Simone Biles
Simone Biles's Boyfriend Shares the Love in Adorable Olympic Tribute: "You Inspire Me"
by Grayson Gilcrease 12 hours ago

Summer Fashion
In Case You Forgot, Jennifer Lopez Is Really Into Ben Affleck — Just Look at Her Jewelry
by Yerin Kim 3 days ago