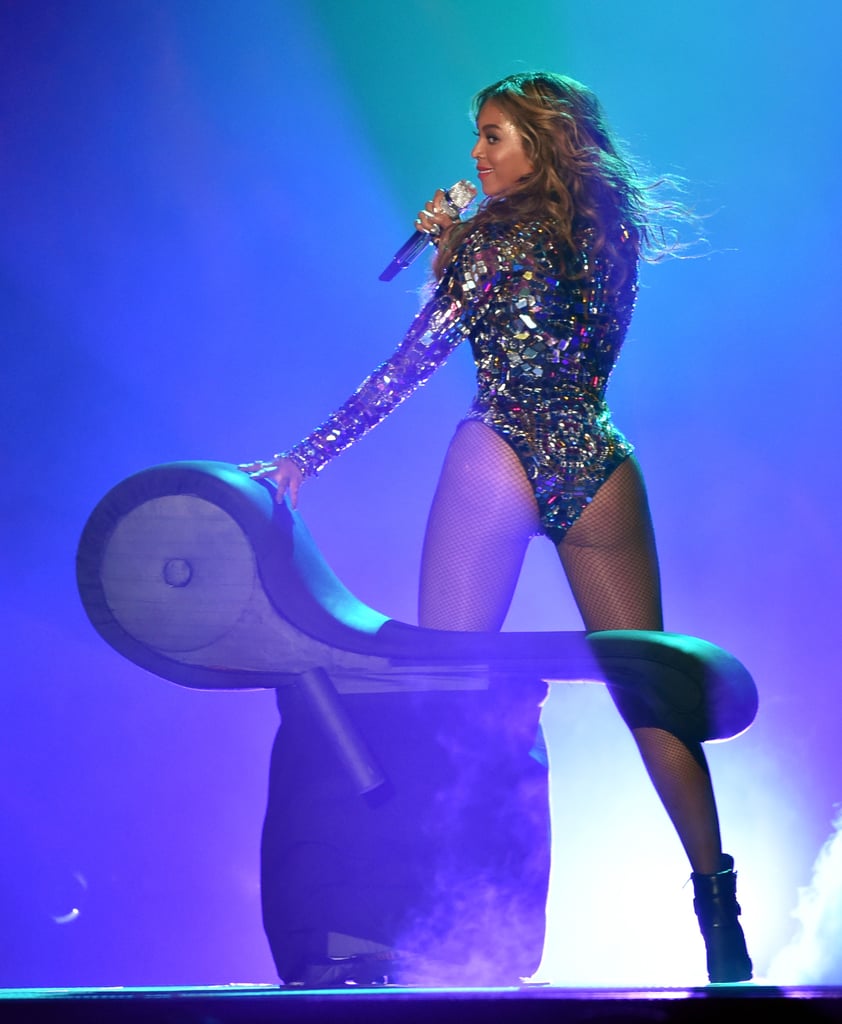 Beyoncé made a sneaky arrival to the MTV VMAs in LA on Sunday night. She didn't walk the red carpet with the rest of the stars, instead choosing to make her way into The Forum a little later. Beyoncé posed for photos and greeted fans on her way into the show, where she's being honored with the Michael Jackson Video Vanguard Award. She was also nominated for multiple awards including best female and video of the year and took the stage to perform as well. She shared behind-the-scenes snaps of her performance prep on her website, and despite the breakup rumors, they featured a photo of Jay Z. Further complicating the speculation was the most adorable moment between Jay, Beyoncé, and Blue on stage.

It's no surprise that it was a big night for Beyoncé — she's had a history of memorable moments at the VMAs.