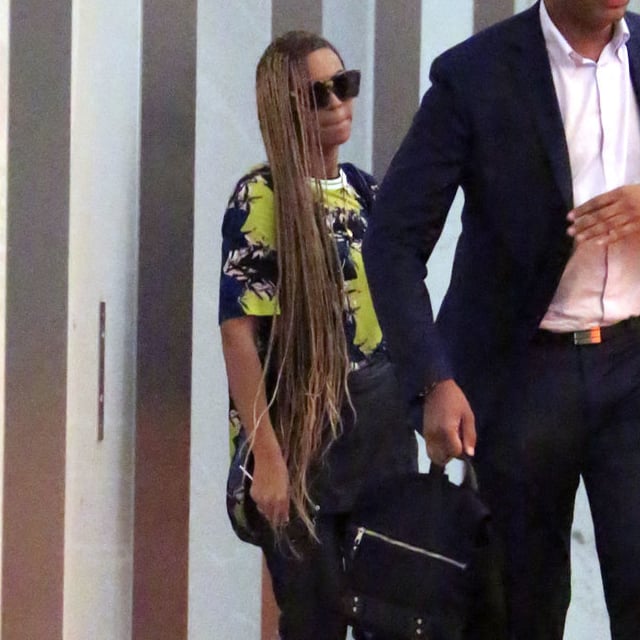 Beyoncé showed off a new braided hairstyle while out and about in NYC on Wednesday. The singer has worn her hair in box braids before, but it's been awhile since we've seen them quite this long or lightly colored, and the new 'do gives her a pretty uncanny resemblance to her younger sister, Solange. It's been a busy, drama-filled month for Beyoncé and her family — especially with the release of the now-infamous video of Solange attacking Beyoncé's husband, Jay Z, after the Met Gala — but the Knowles-Carter clan has since moved on from the incident and is likely focused on another big event: the wedding of pal Kanye West and his fiancée, Kim Kardashian. It's been reported recently that Jay Z will be heading to Europe to fulfill his duties as Kanye's best man, but it has yet to be confirmed whether Beyoncé will be in attendance or hanging back in the Big Apple. What do you think of Beyoncé's latest hairstyle?

Beyoncé Knowles
Isabel Marant Brings Back Her Iconic Wedge Sneaker From the Early 2010s in Red, Yellow, and Green
by Sarah Wasilak 4 days ago

Celebrity Instagrams
Excuse Me While I Cry Over Beyoncé, Kelly Rowland, and Michelle Williams's Sweet Reunion
by Chanel Vargas 3 weeks ago