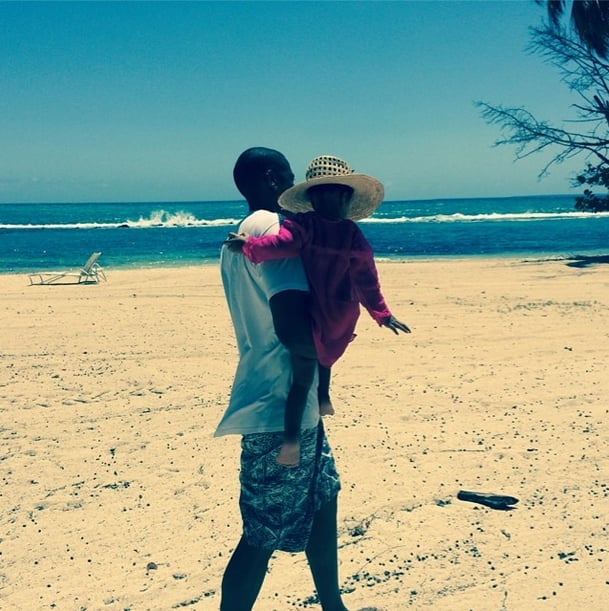 Beyoncé and Jay Z's relationship has been the subject of intense speculation over the past few months, but, up until this week, the two superstars have skirted around the breakup rumors. Queen Bey shared a sweet photo of Jay Z carrying their daughter, Blue Ivy Carter, on Instagram on Tuesday night, writing, "My favorite hue is Jay Z Blue." If you haven't been following the news, the snap would appear to just be a sweet moment that Bey had decided to share, something she does quite a bit of on her social media accounts and personal website. However, her picture came just after a new report surfaced that claimed that the singer had been spotted apartment shopping by herself, sparking up new rumors that she and Jay have split up.

This isn't the first time that Beyoncé has responded to rumors by sharing photos on Instagram. After video surfaced of her sister, Solange Knowles, punching Jay in an elevator after the Met Gala in May, Bey responded by flooding her feed with cute pictures of herself with her younger sister. Hopefully the singer's latest picture will help put an end to the breakup speculation for good.

Keke Palmer
So, Does This Mean Keke Palmer and Styn Are Official Official Now?
by Monica Sisavat 10 hours ago