Beyoncé announced that she's pregnant with twins on Wednesday, and besides being the perfect way to kick off Black History Month, the news is also turning people on social media into true detectives. One of the theories going around is that Bey may be sending us a message about the sex of her babies with her choice of clothing (or lack thereof). In the snap, Beyoncé shows off her growing belly by wearing nothing but a burgundy-colored Agent Provocateur bra with a tiny pink bow and blue Liviara undies, and it's possible that her mismatched look hints at the fact that she's expecting a boy and a girl. This, of course, implies that Beyoncé subscribes to the notion that the color blue represents boys while red and pink shades represent girls, which is also a possibility; but then again, she named her now-5-year-old daughter Blue, so . . . there's that.

Now, Beyoncé is certainly no stranger to dropping breadcrumbs for the BeyHive to pick up and analyze the sh*t out of. There was that Instagram snap of her holding a lemon that she posted six months before Lemonade premiered on HBO and when she conveniently walked around NYC drinking a Slurpee when her hit "7/11" dropped in 2014. Obviously, we'll just have to wait and see, but we wouldn't be surprised if this really is a clue. It's not like she hasn't surprised us before! 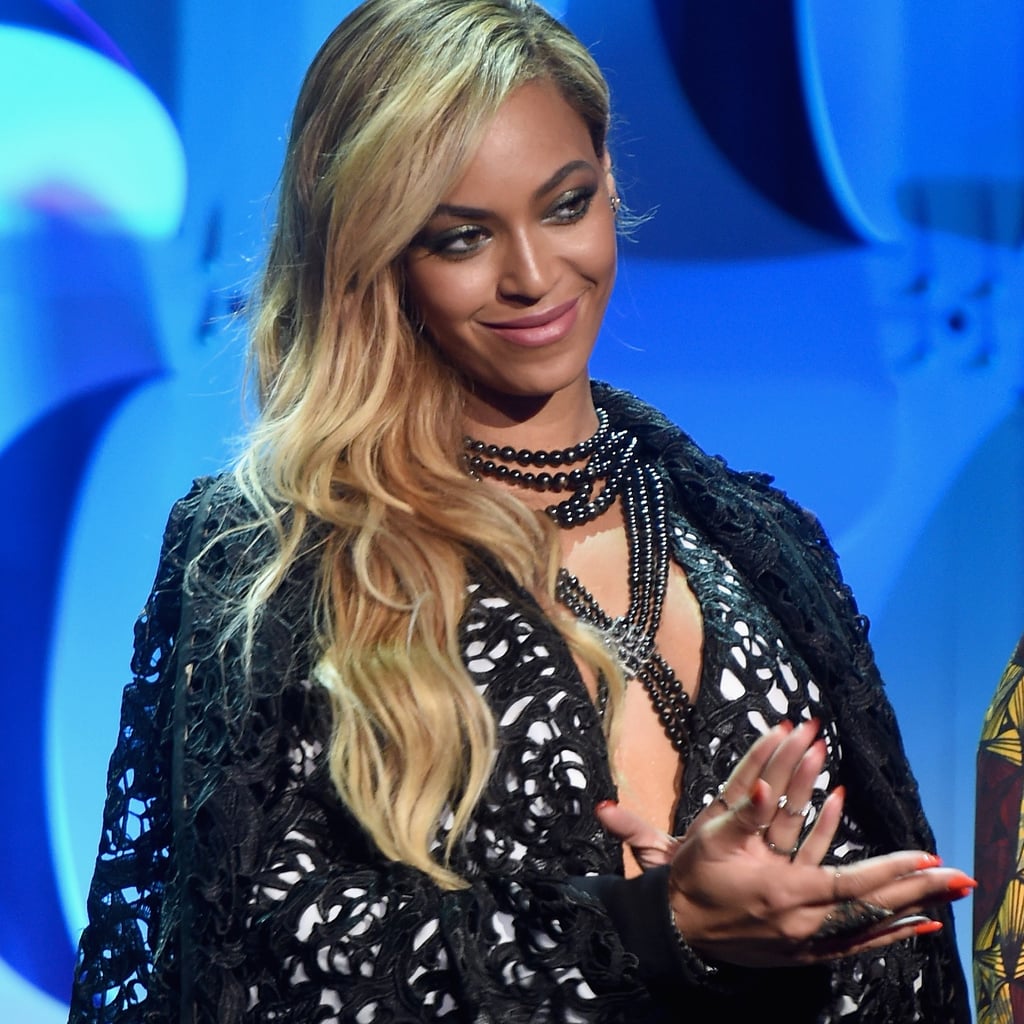 The Tonight Show Starring Jimmy Fallon
Ilana Glazer on Being in Her Third Trimester: "Now That I'm Not Puking, This Is Really Cool"
by Alessia Santoro 4 hours ago