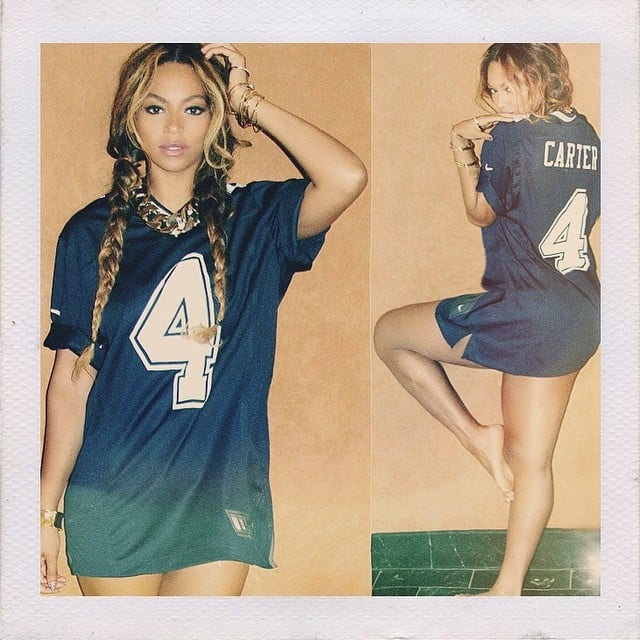 Beyoncé is showing her Carter pride! On Saturday, the singer took to Instagram to share two new pictures in which she's donning a jersey featuring "Carter" on the back and "4" on both sides. The number has great significance to the couple — not only is it the name of her fourth album, but it's also the day of the month on which both Bey and Jay were born. Meanwhile, rumors about an impending divorce continue to run rampant, even after Beyoncé shared a sweet snap of Jay and their daughter, Blue Ivy Carter, boarding a flight in San Francisco this week. Despite having a hectic schedule with their "On the Run" tour, the couple has still managed to give Blue an action-packed Summer full of adorable pictures. If all the split chatter doesn't make sense to you, check out a time line of Jay Z and Beyoncé's recent drama.