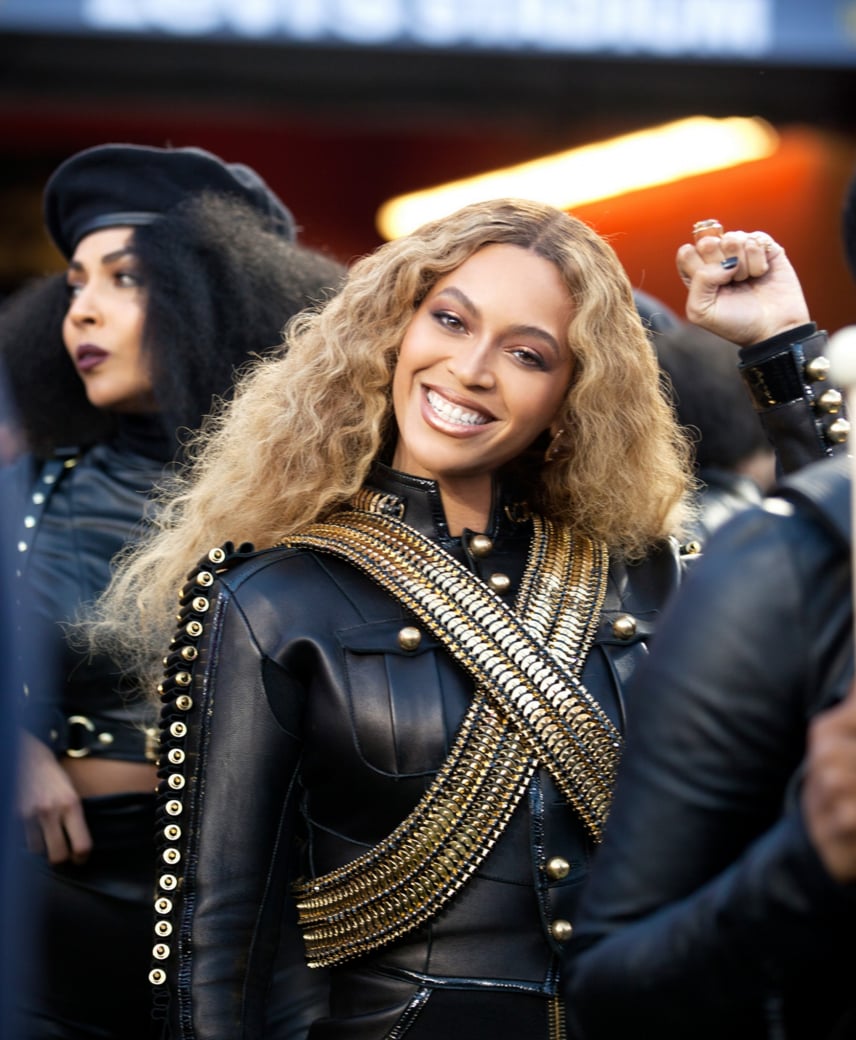 Beyoncé took the world by storm recently when she released her new single and video, "Formation," before performing the instant hit during the Super Bowl's 50th anniversary halftime show. Between the stunningly powerful imagery featured in the video — which Beyoncé directed and shot in New Orleans — and the equally compelling statements made throughout her Super Bowl gig, it was a huge moment for Beyoncé fans and black Americans alike. And while some were busy celebrating the history-making moment, commenters from the dark corners of the Internet were attacking the singer for what they felt was a "racist, inappropriate" performance that "had no place" at one of the country's biggest sports events.

I failed myself by going into the Facebook comments on various posts the next day, all of which I felt were eye-opening and thoughtfully done. I regretted it immediately, but as we all know, once you open the door to a social media wormhole, it's almost impossible to sneak back out unharmed. It took only seconds before I spotted a few choice racial slurs, but I was mostly overwhelmed by how many people were calling Beyoncé a racist, a cop hater, a "black supremacist" (what, girl?) and, perhaps rudest of all, a "fat b*tch in sausage casing." Well, damn. The rebuttals came to me instantly. Some were controlled and factual — Black people can't be racist because racism is tied to oppression. / The Black Panther Party of Self Defense didn't promote the killing of police officers; it actually worked to protect endangered communities and end police brutality. — and some were less so — You're ignorant and awful. I feel so sad for your children. Why don't you have a profile photo? Leak your IP address. Of course, I didn't actually respond to anybody, but the damage was done; I was deflated, discouraged, and offended that people were offended.

Beyoncé dropped a song that inspired people of color to celebrate their hair, their features, and their uniqueness. She literally gave her haters the finger and responded to all the garbage people that made fun of her daughter's beautiful bushy hair and her husband's prominent nose. She told us ladies to get "information," all while shaking her perfect ass and flaunting her flawless fashion sense. She let you know that she was going to slay and invited the rest of us to join her. But those comments . . . those comments were vicious, and I let them affect me more than I should have.

Listen, I get it. It's hard to be left out. It can be really painful when you're intentionally excluded from things, like brunch plans or birthday parties or major award ceremonies. But in no way does Beyoncé saying she loves herself and motivating those who look like her to do the same mean that she hates white people or is going to actually, in real life, drown a cop car. The imagery of a wall with graffiti reading "stop shooting us" is literally a plea to stop shooting people of color, not some hateful attack on innocent police officers. Paying tribute to her Southern roots and singing about keeping hot sauce in her bag is not taking anything away from anyone. Beyoncé trying to lift up and empower those who have been constantly told that they are ugly, uneducated, violent, and overall less than is not her way of putting others down, nor is it a reason to call her the N word.

Over the years, being black (or in some cases not being "black enough") has impacted my career, my friendships, and my dating life. I know deep down that there have been jobs that I didn't get and guys who have turned me down because of my race. I'm aware that I am a lot of people's only black friend and have heard multiple times that they "don't see" me as black (which, let's be real, is really just saying, you're not like what I think black people are). I've kept a lot of frustrations to myself and have done my best not to come off as Angry Black Girl, because society tells us that she is scary and militant and it is hard for most people to relate to her. But when Beyoncé stepped onto the field at a high-profile football event, wearing a Michael Jackson-inspired military blazer and literally looking bulletproof while her backup dancers channeled Black Panther Party activists, in the middle of freaking Black History Month, I couldn't not be moved by that, and I refuse to let myself be intimidated by hateful, soulless people on the Internet. After a brief moment of dejection, I decided that this was as great a time as any to pick my head up and feel the pride and love that Beyoncé wanted me to feel.

Listening to Beyoncé has always given me a boost of confidence, but "Formation" — besides being a certified banger — has filled me with more self-respect and satisfaction than I've felt in a pretty long time. Being black in this country isn't easy, and I honestly don't think it will ever be. But at least for this moment, in the midst of so much chaos and pain, I (and people who look like me) can find a little bit of comfort and dignity in what Beyoncé's offering right now. And guess what? No amount of backlash, criticism, or racist remarks will make me love her or this song any less. I'm staying in formation.

You can keep trying. But you're not going to get me.