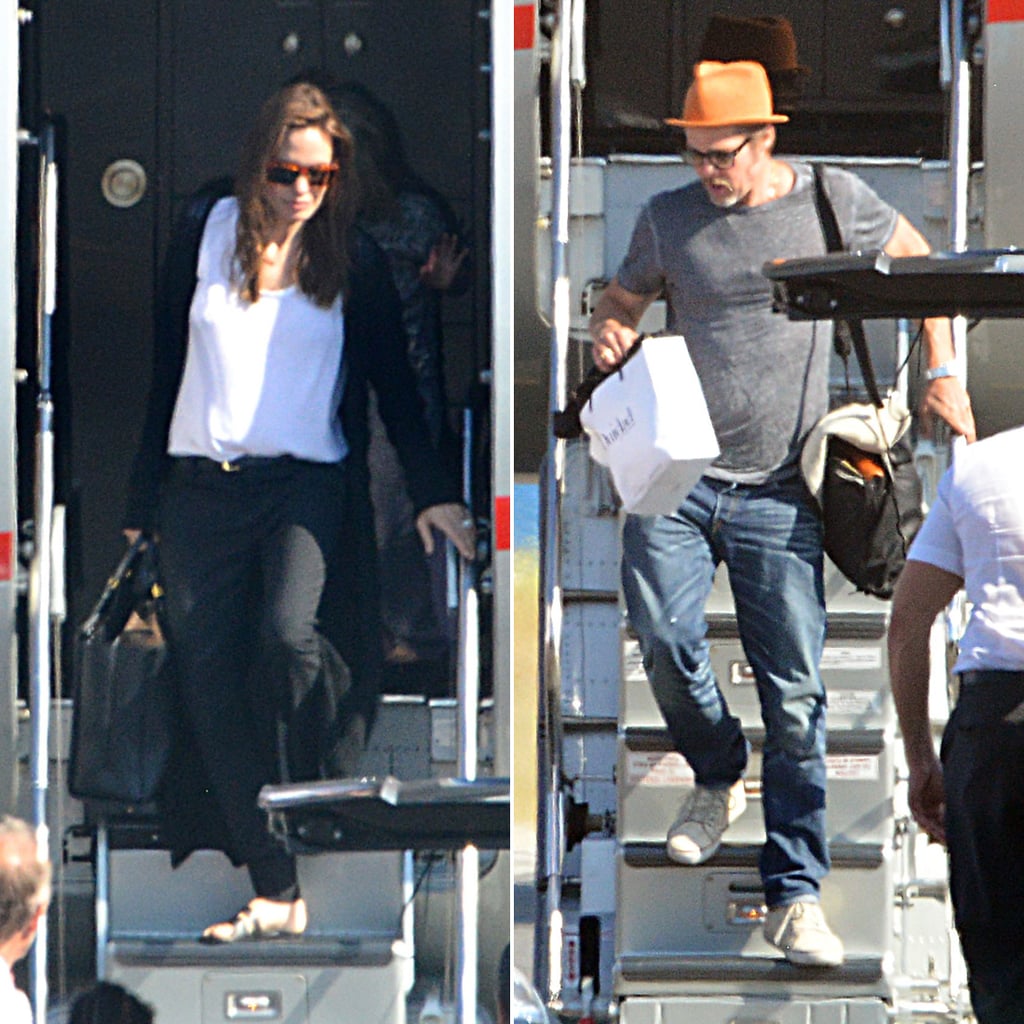 Before the world knew that Brad Pitt and Angelina Jolie were getting married, the A-list couple was spotted arriving in the South of France looking as normal as could be. Brad, Angie, and their brood of kids landed in France last Friday, just one day ahead of their supersecret nuptials. At the time, the stop in Europe didn't appear that out of the ordinary as the family owns a chateau in Correns and they frequently make stops there. However, we now know that the family was preparing for a very special day. The wedding wasn't immediately followed by an exotic honeymoon, either, as Brad popped up in England on Thursday at a photocall for his newest film, Fury. While in England, Brad sparked wedding speculation when he showed off his new wedding ring, with confirmation that the two had indeed tied the knot coming later.