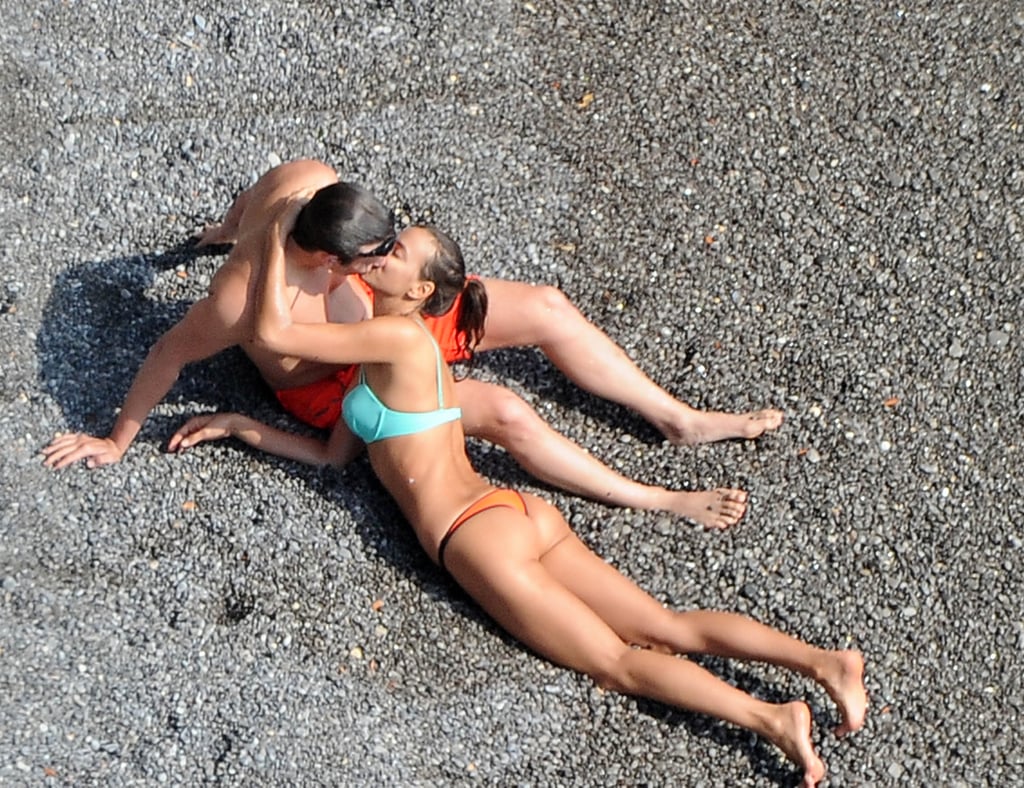 Bradley Cooper and Irina Shayk put on quite the PDA-filled show on the beach in Italy this week. Things got very hot and very heavy between the actor and Sports Illustrated model as they kissed and cuddled on the sand during a vacation on the Amalfi Coast. Irina, who showed off her bikini body in a mismatched two-piece, and Bradley, who sported a pair of orange shorts, were all over each other; they alternated between swimming in the ocean, sprawling out on the stone beach, and draping themselves over each other on their lounge chairs.

This is certainly not the first time we've gotten a glimpse of the couple's sexual chemistry since they were first linked back in May. After reportedly being spotted making out at the Met Gala, Bradley and Irina were photographed sharing smooches on the streets of NYC after taking in a late-night showing of the play Hamilton. A week later, they brought their romance across the pond and were seen showing even hotter PDA in London. It goes without saying, these two can't keep their hands off of each other.

There's been no sign of photos of her latest getaway on Irina's Instagram feed, though the 29-year-old stunner did share a selfie of herself on Wednesday along with peace sign and water drop emoji. Keep reading to see all the steamy photos from Bradley and Irina's beach day.

Keke Palmer
So, Does This Mean Keke Palmer and Styn Are Official Official Now?
by Monica Sisavat 4 days ago