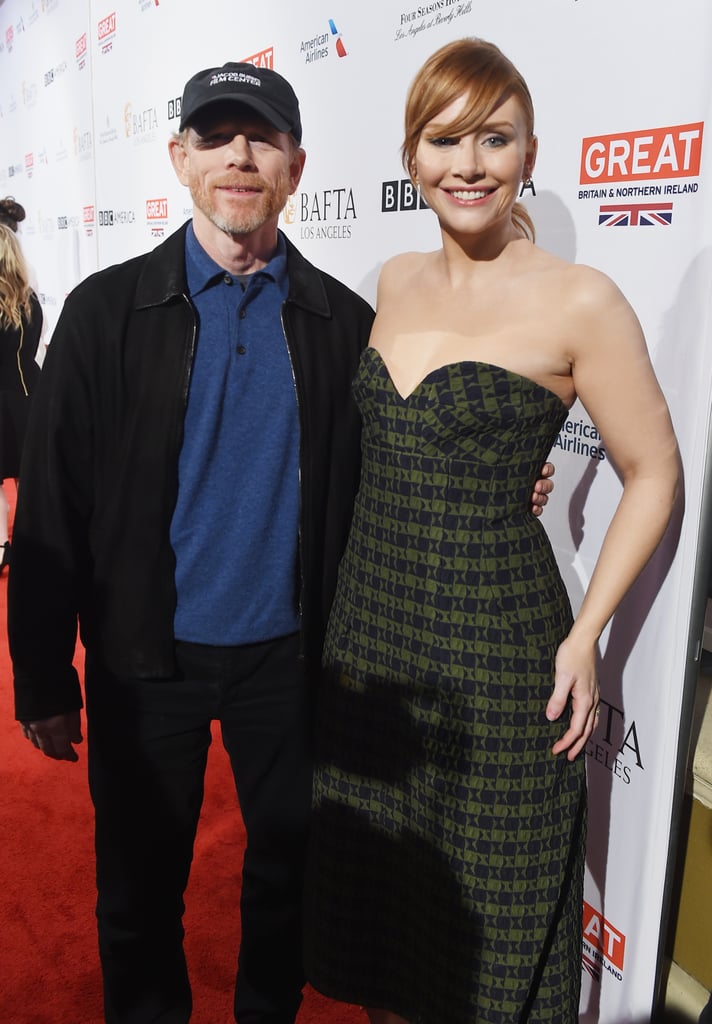 Bryce Dallas Howard and her dad, actor and director Ron Howard, made a supercute pair when they attended the star-studded BAFTA Tea Party on Saturday. The father-daughter duo stayed close and flashed sweet smiles while posing for pictures on the red carpet. Also in attendance were Justin Timberlake and Sterling K. Brown, who was accompanied by his beautiful wife, Ryan Michelle Bathe. The last time these two hit the red carpet together was at the UK premiere of Bryce's film Pete's Dragon back in August 2016.