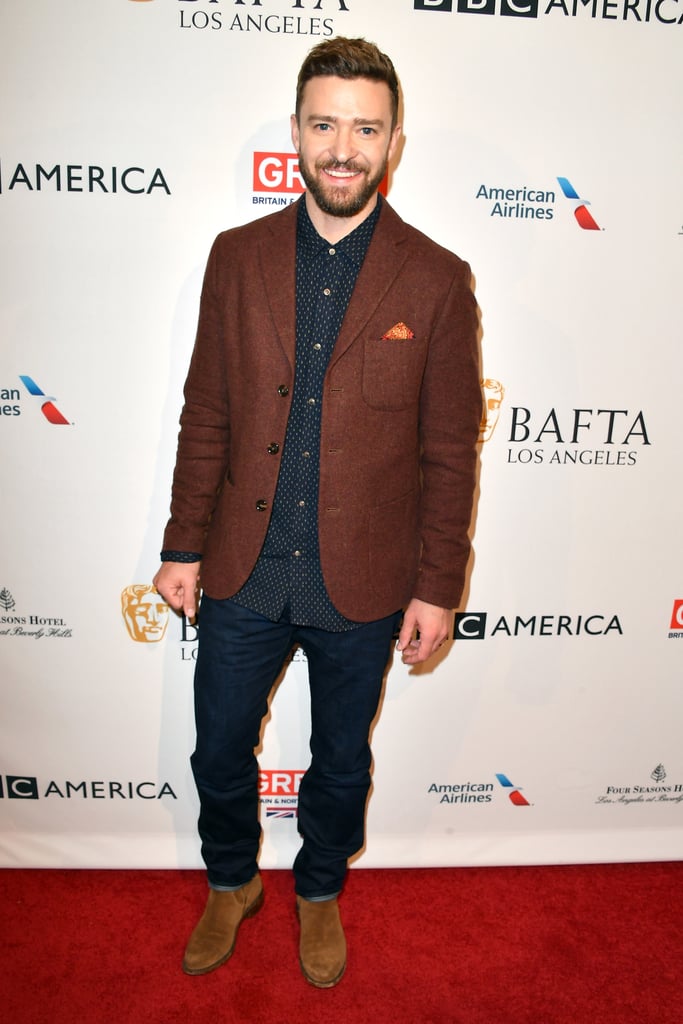 Following his fun night out with wife Jessica Biel on Thursday, Justin Timberlake was all smiles when he arrived at the annual BAFTA Tea Party in LA on Saturday. The singer — whose song "Can't Stop the Feeling" is nominated for a Golden Globe on Sunday — was joined by a bevy of other stars, including Mahershala Ali, Millie Bobby Brown, Justin Hartley, and Andrew Garfield, who reunited with ex-girlfriend Emma Stone at the AFI Awards on Friday. Justin hasn't won a Golden Globe for his singing chops just yet, but his song "Please Mr. Kennedy" with Oscar Isaac and Adam Driver from the film Inside Llewyn Davis was nominated for best original song back in 2014. Wishing Justin the best of luck on Sunday!

Related:
The Only Thing Cuter Than Jessica Biel's Dance Moves Is Justin Timberlake's Reaction to Them
Previous Next Start Slideshow
Justin TimberlakeRed CarpetAward Season
Around The Web