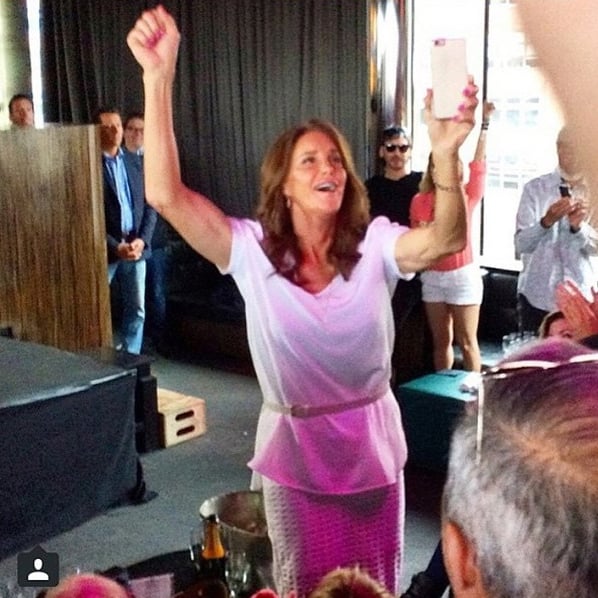 It was a big week for the LGBT movement, and Caitlyn Jenner got in on the excitement. On Sunday, Caitlyn made a surprise appearance during NYC Pride, popping up at PH-D Rooftop Lounge in the Dream Hotel. As video of the event shows, Caitlyn made her grand entrance as the crowd cheered for her. According to Us Weekly, Caitlyn chatted and laughed with partygoers and flipped her hair as music played. She also took out her phone to capture pictures of the party.

Although Caitlyn has been active on social media and previewed her upcoming E! docuseries in recent weeks, the Pride event marks her first official public appearance since her stunning debut in Vanity Fair. Unless Caitlyn surprises us at more events, we can next expect to see her at the ESPY Awards, where she will grace the red carpet for the first time and receive the coveted Arthur Ashe courage award.

Celebrity Instagrams
Thank You, TikTok, For Giving Us Madison Bailey and Mariah Linney's Cute Romance
by Monica Sisavat 10 hours ago

Celebrity Instagrams
40 Snaps of the Umbrella Academy Cast Hanging Out, Acting Silly, and Being So Darn Lovable
by Brea Cubit 11 hours ago

Ciara
Ciara and Russell Wilson Celebrate 4 Years of Marriage: "I Am Forever Changed"
by Kelsey Garcia 1 day ago