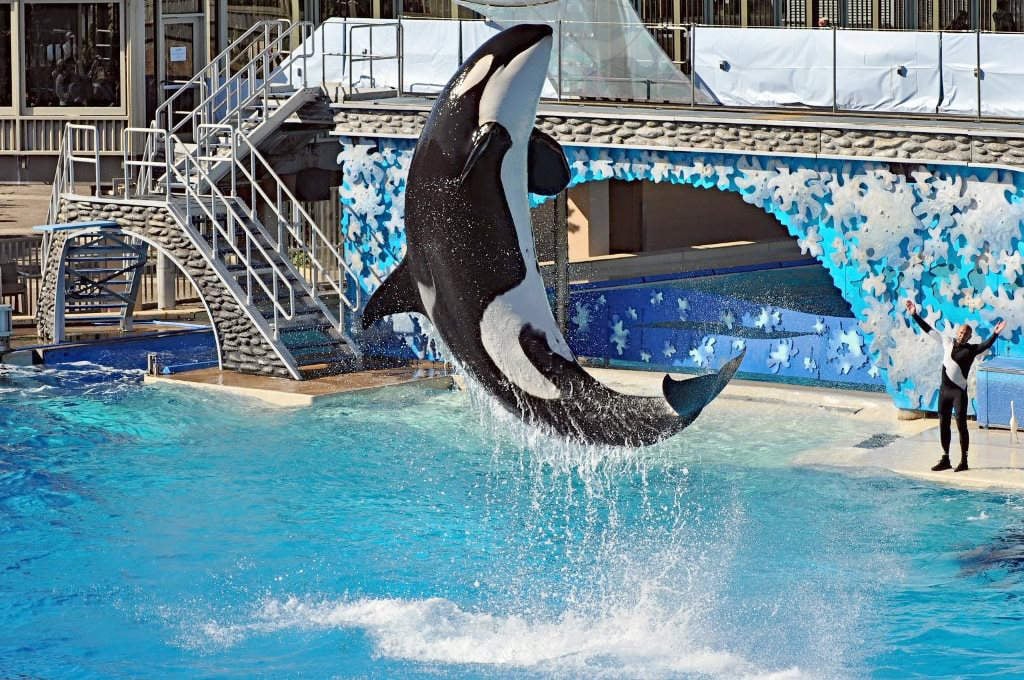 If you hadn't already heard of the documentary Blackfish, chances are you've come across it the last few days. The film, which you can stream on Netflix, argues that keeping killer whales in captivity is dangerous to both the animals and trainers and specifically investigates the 2010 death of SeaWorld trainer Dawn Brancheau by a 12,000-pound killer whale named Tilikum. Now a California lawmaker, inspired by the film, has proposed a law that would ban marine parks in the state from using orcas in shows. It's a big deal for SeaWorld, considering its San Diego park holds 10 of the company's 28 killer wales.

Last Friday, state lawmaker Richard Bloom said he sponsored the bill because "there is no justification for the continued captive display of orcas for entertainment purposes." He continued, "These beautiful creatures are much too large and far too intelligent to be confined in small, concrete tanks for their entire lives." The film Blackfish definitely backs up his point, as it's packed with shocking images and interviews with former SeaWorld trainers that depict harsh conditions that put killer whales on the path to a psychological break and inevitable attacks. SeaWorld has called the movie "propaganda" and maintains it invests in the care of its killer whales and also contributes to wild whale populations thanks to studies published by SeaWorld scientists. SeaWorld is also going on a PR offensive, signing up Bindi Irwin, daughter of the late "Crocodile Hunter" Steve Iriwin, as its new youth ambassador.

RT if you're standing with @BindiIrwin to support the next generation of conservationists! http://t.co/J3dAu9i8oO pic.twitter.com/Jv6USS6cCp

The negative reaction to Bindi's involvement with SeaWorld offers evidence of how the public feels about using killer whales as entertainment. Yet, some still see educational value in keeping the animals in captivity. Where do you stand? Do you support the law?