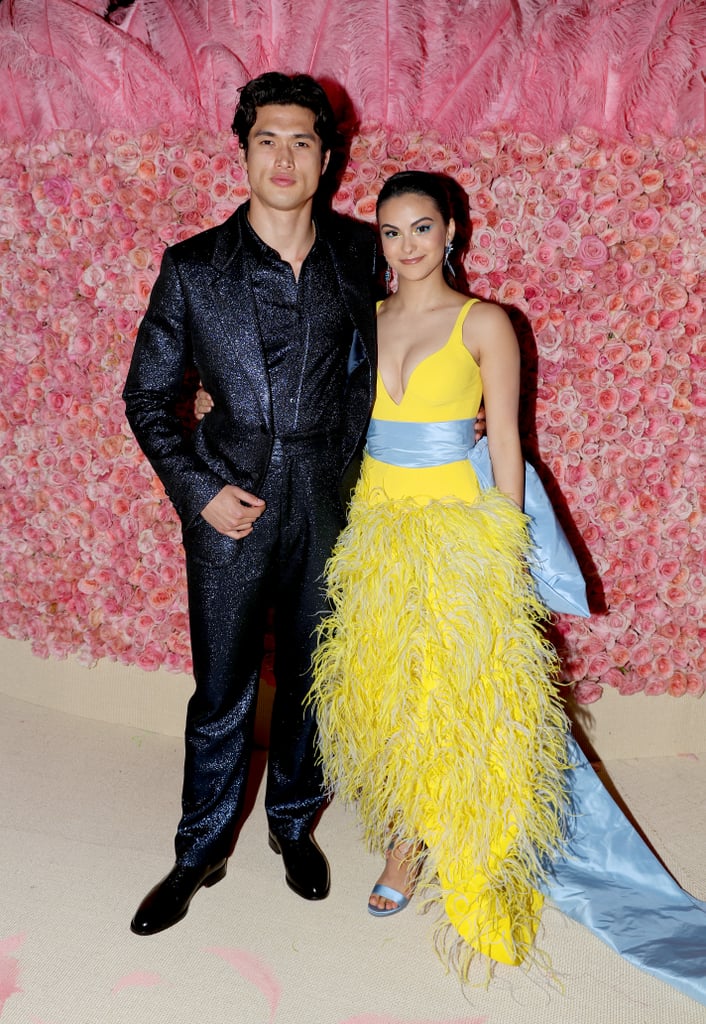 Camila Mendes made her Met Gala debut this year, and she didn't do it alone. The actress attended the star-studded event on May 6 with her boyfriend and Riverdale costar, Charles Melton. Fellow costars and couple Lili Reinhart and Cole Sprouse were also at the event after memorably taking their relationship public at the 2018 Met Gala. (Madelaine Petsch, yet another costar, was also in attendance.)

In an interview with POPSUGAR ahead of the Met Gala, Camila expressed her excitement about her Met Gala debut. On the exaggerated camp theme inspired by Susan Sontag's 1964 essay "Notes on 'Camp,'" Camila said, "It's just a perfect year for me to come into this because our show is camp. It's a perfect first Met for me." See photos of the couple's glamorous red carpet appearance ahead.

Related:
These Met Gala Looks Are Dramatic Enough to Entertain You For the Rest of the Year
Previous Next Start Slideshow
Met GalaCelebrity CouplesRed CarpetCharles MeltonCamila MendesAward Season

Red Carpet
Serious Question: How Do We Become Friends With the Cast of Harlem?
by Monica Sisavat 19 hours ago

Britney Spears
Lord, Give Me the Strength Not to Cry Over Sam Asghari's Birthday Surprise For Britney Spears
by Chanel Vargas 18 hours ago

Zendaya
It's No Venomous Spider, but the Back of Zendaya's Dress Can Still Bite
by Perri Konecky 2 days ago