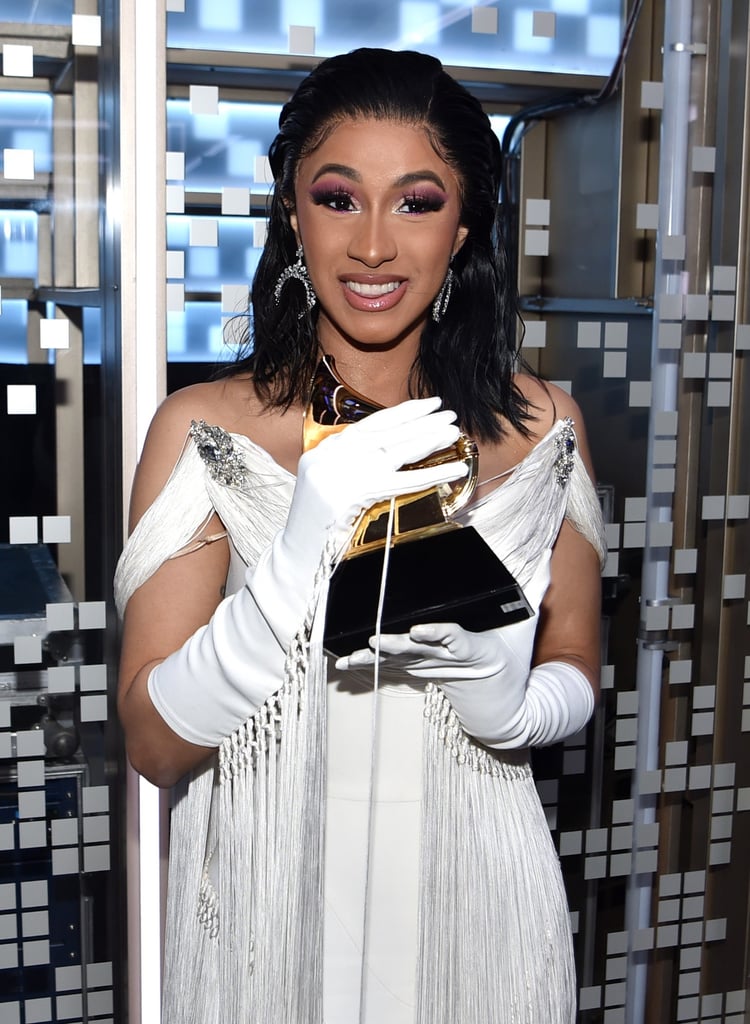 Cardi B's dramatic Grammys arrival was only the beginning of her massive night on Sunday. Not only did she step on the scene in a voluminous, shell-like Mugler Couture gown, but she also let everyone know that she and husband Offset really are working things out after initially deciding to divorce back in December. The two posed alongside each other on the red carpet and packed on the PDA as they gave cameras a little tongue action.

But Cardi had even more in store for the show. The 26-year-old rapper received a whopping five nominations and made history as the first female rapper to win best rap album for Invasion of Privacy. Cardi also gave a steamy performance of her latest single, "Money" that definitely raised the temperature in the room, and finally met one of her musical idols, Lady Gaga. The last year has been a landmark one for her. She recently graced the cover of Harper's Bazaar and opened up about her sexuality, relationship, and personal life.

Cardi is clearly at the top of her game, and we can't wait to see more from her. See photos of her wonderfully extra Grammys night ahead!

Adele
Adele and Rich Paul Are "Very Happy" in Love — See Their Cutest Moments!
by Monica Sisavat 53 minutes ago

Penn Badgley
"He Knows Me!!!": Cardi B and Penn Badgley's Mutual Appreciation For Each Other Is Adorable
by Chanel Vargas 1 day ago