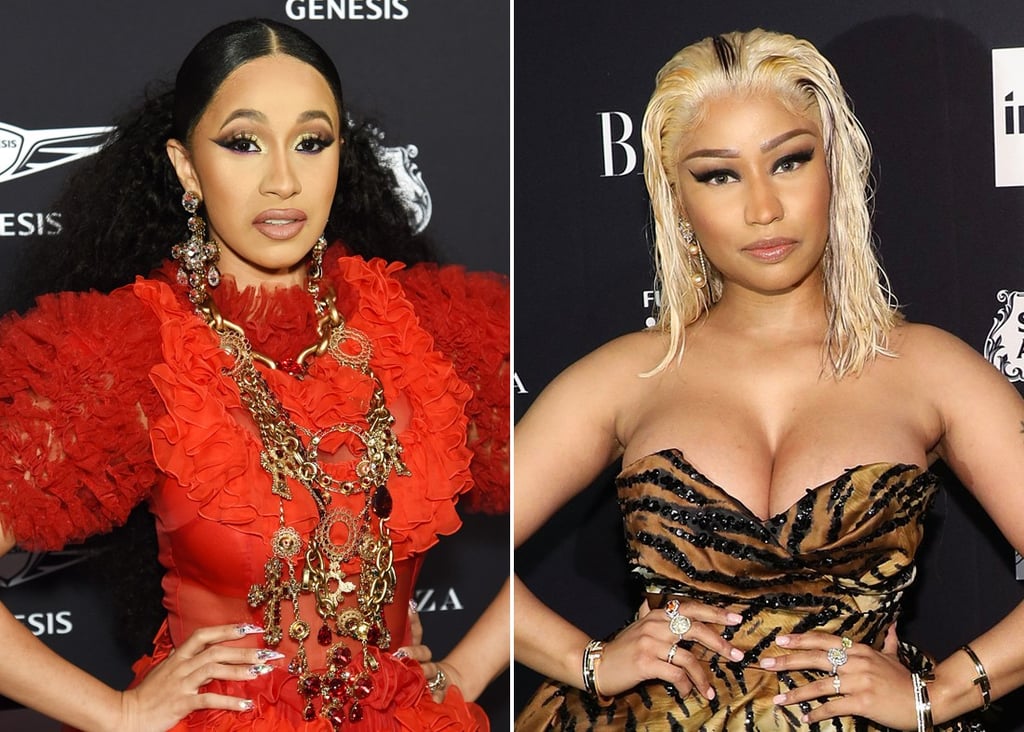 Nicki Minaj Breaks Silence on Intense NYFW Fight With Cardi B: "I Was Mortified"

It looks like Cardi B and Nicki Minaj's reconciliation may have been short-lived. The two rappers were reportedly involved in a physical brawl while at the Harper's Bazaar ICONS party on Sept. 7, which left Cardi with a torn dress and a lump on her head, after she seemingly lunged at Nicki.

While there have been rumors of beef between the two artists, Cardi and Nicki were recently spotted chatting cordially during the 2018 Met Gala, but it appears their relationship has deteriorated since May. According to People, Cardi arrived at the party first, and physically confronted Nicki, who was surrounded by her security. After the altercation took place and Cardi was escorted from the party, she shared a scathing message on Instagram, emphasizing that she's "come too far to let anybody f*ck with [her] success." While she never mentions Nicki by name, the timing, tone, and content suggest she still has words for the "Barbie Dreams" artist.

Nicki has previously addressed their disagreement over a collaboration with Migos for "Motorsport," saying she felt a lack of support and "genuine love" from Cardi. While her social media made the rapper seem unbothered by the night's events, Nicki took the time to set the record straight on her personal radio show on Monday, Sept. 10.

"The other night I was a part of something so mortifying, so humiliating to go through in front of upper echelon people, and it's not about black or white, it's people who have their lives together," she said, addressing the altercation. "I was mortified . . . I could not believe how humiliated I felt . . . how we — and I use the term 'we' loosely — made ourselves look."

Nicki denied the allegations that she talked about Cardi's daughter, Kulture, or criticized her parenting skills. "I would never discuss anyone's child," she asserted. "It's so sad for someone to pin that on me. I would never talk about anyone's child or parenting, I don't give a sh*t. It's so crazy to me that people always need to make Onika the bad guy. If you're right in whatever you're doing, you don't ever have to make someone into the bad guy."

While she was adamant that Cardi was falsely accusing her to save face, Nicki also took shots at the other rapper, saying that she built her career off of "sympathy and payola."

"You call black women roaches. Real b*tches never attack a woman. You're angry and you're sad," she continued. "This is not funny. Get this woman some f*cking help. This woman's at the highest point in her career and she's throwing shoes?"

Music
From Selena Gomez to Taylor Swift, the Most Anticipated Albums of 2023
by Chanel Vargas 10 hours ago