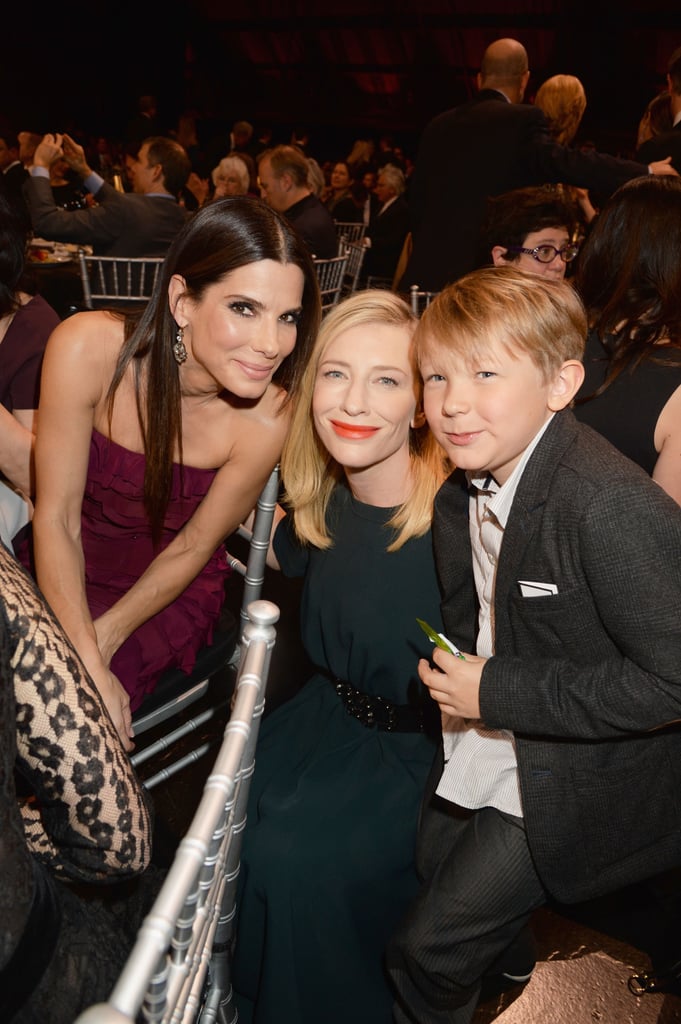 Cate Blanchett didn't disappoint on the red carpet at the Critics' Choice Awards in LA on Thursday night, wearing an elegant dark green dress and black belt. While she walked the carpet solo, she met up inside with her son Ignatius, whom she said was doing magic tricks for the crowd. Cate wowed at the Golden Globes just last weekend, when she won the award for best actress in Blue Jasmine. It was a good week for the actress as she also took home the award for best actress tonight. Cate's award season run will continue at the Academy Awards in March, since it was just announced that she is nominated in the best actress category.

There are so many gorgeous looks — make sure to vote in all of our Critics' Choice fashion and beauty polls!

by Karenna Meredith 29 minutes ago