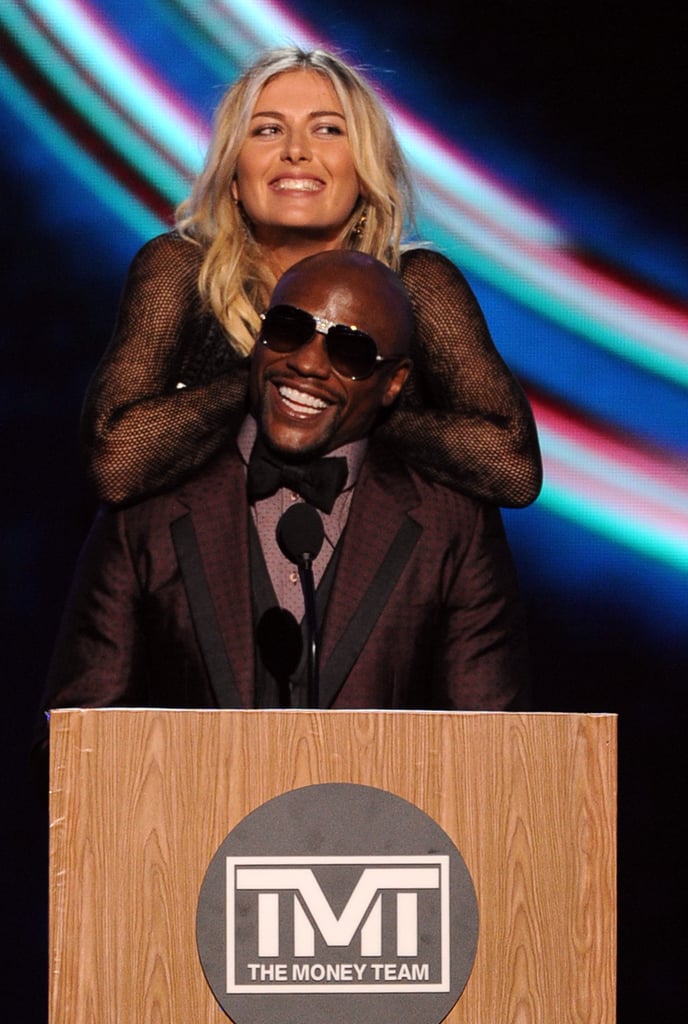 Celebrities Share the Spotlight With Sports Stars at the ESPYs

The 2014 ESPY Awards went down at the Nokia Theater in LA on Wednesday and brought out a stellar mix of actors, musicians, and of course, athletes. Celebrity sports fans like Jessica Alba, Dwayne Johnson, and Jim Parsons all showed their spirit at the event, and the show's host, Drake, displayed his acting chops and comedic timing in multiple skits and musical numbers throughout the ceremony. Chrissy Teigen was all smiles while meeting up with her close friend Erin Andrews; Iggy Azalea stepped out to support her NBA-player boyfriend, Nick Young; and team USA's Clint Dempsey, fresh from the World Cup, stuck close to his wife, Bethany. Michael Sam — who took home the Arthur Ashe Courage Award — had boyfriend Vito Cammisano by his side, and tennis star Maria Sharapova sported a black minidress and fresh tan from her recent Mexican getaway with boyfriend Grigor Dimitrov, who was also in attendance.

Also on hand for the fun were Cameron Diaz and Jason Segel, who took the stage together to present the award for best breakthrough athlete to NFL player Richard Sherman while also promoting their new comedy Sex Tape. The big night comes just a week after ESPN released its annual Body Issue, which featured 21 athletes representing their respective sports by posing nude. A few of the flawless physiques that have graced the pages — like Colin Kaepernick, Courtney Force, Sydney Leroux, and Amy Purdy — were all looking equally toned (albeit while clothed) and glamorous on the red carpet. Scroll through to see all the best moments from this year's ESPYs!