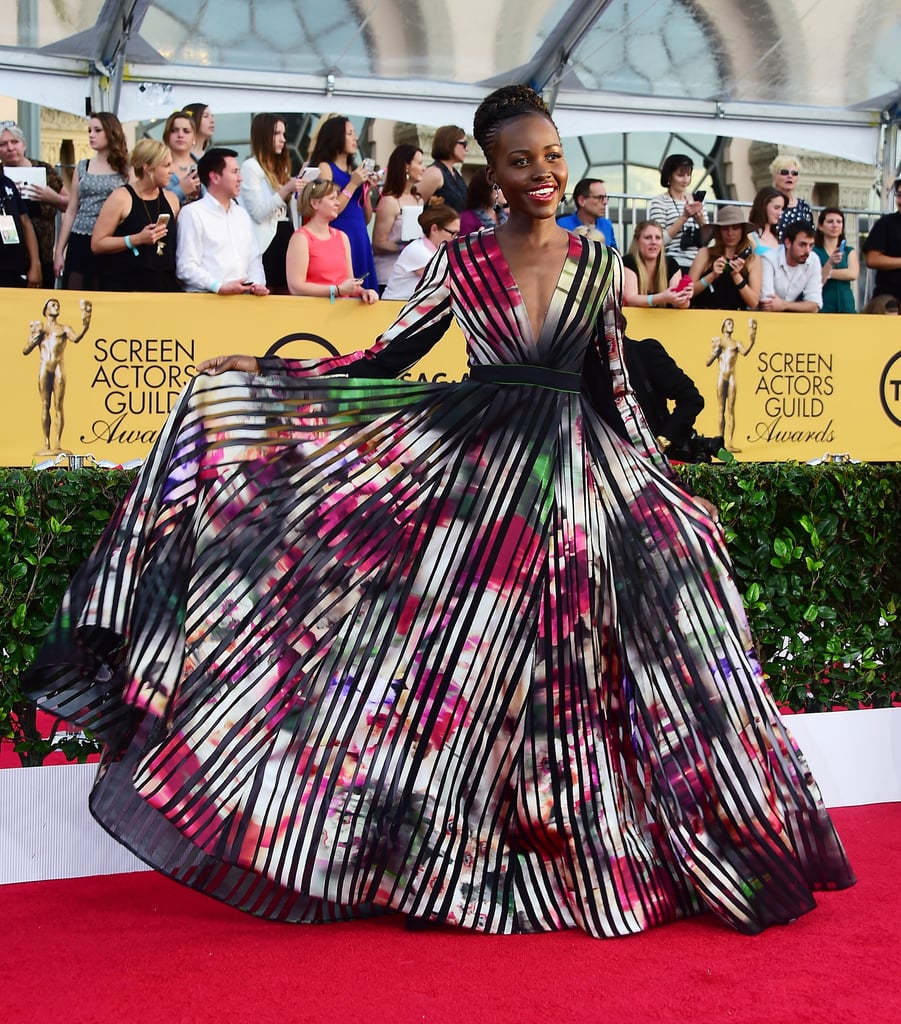 Some of Hollywood's hottest stars have gathered in LA for tonight's SAG Awards, with plenty of TV and film stars popping up on the red carpet. Keira Knightley, Sarah Hyland, and Eddie Redmayne were among the early arrivals, and stars like Lupita Nyong'o and Julia Roberts later stunned while posing for pictures. It's an exciting night for this year's SAG Award nominees, which include celebrities like Jennifer Aniston, Benedict Cumberbatch, and Emma Stone, who is also among the show's presenters. Check out all the stars arriving at the SAG Awards, and don't miss the must-see dresses and all the gorgeous beauty looks at the show!