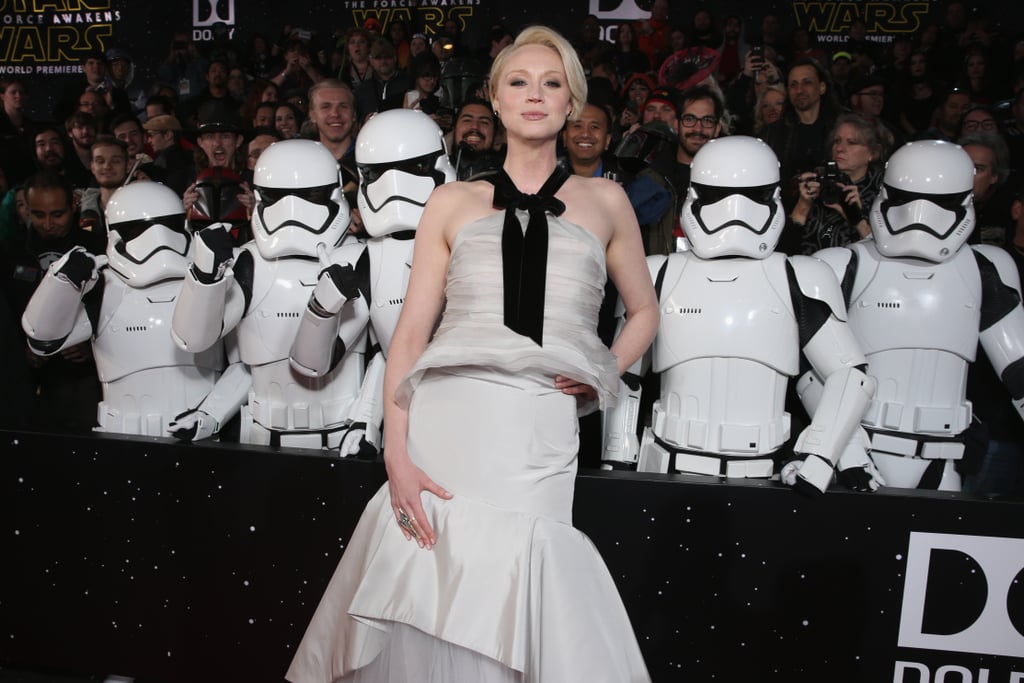 There were was so much star power at the Star Wars: The Force Awakens premiere in LA on Monday evening. Daisy Ridley stunned in a white polka-dot dress, while Gwendoline Christie looked gorgeous in a silver gown. Along with them were cast members John Boyega, Lupita Nyong'o, and Peter Mayhew, who all showed up for the movie's big night and were joined by BB-8, C-3PO, and a gang of stormtroopers.

The long-awaited sequel to Star Wars hits theaters on Dec. 18 and we cannot wait! While making his rounds for press, Harrison Ford hinted at Han and Leia's "interesting relationship," and Lupita, who plays Maz Kanata, told us exclusively about the time she got to bring her best friend to the Star Wars set. Watch the Star Wars trailer now, and then check out the six surprising things you won't see in the film.