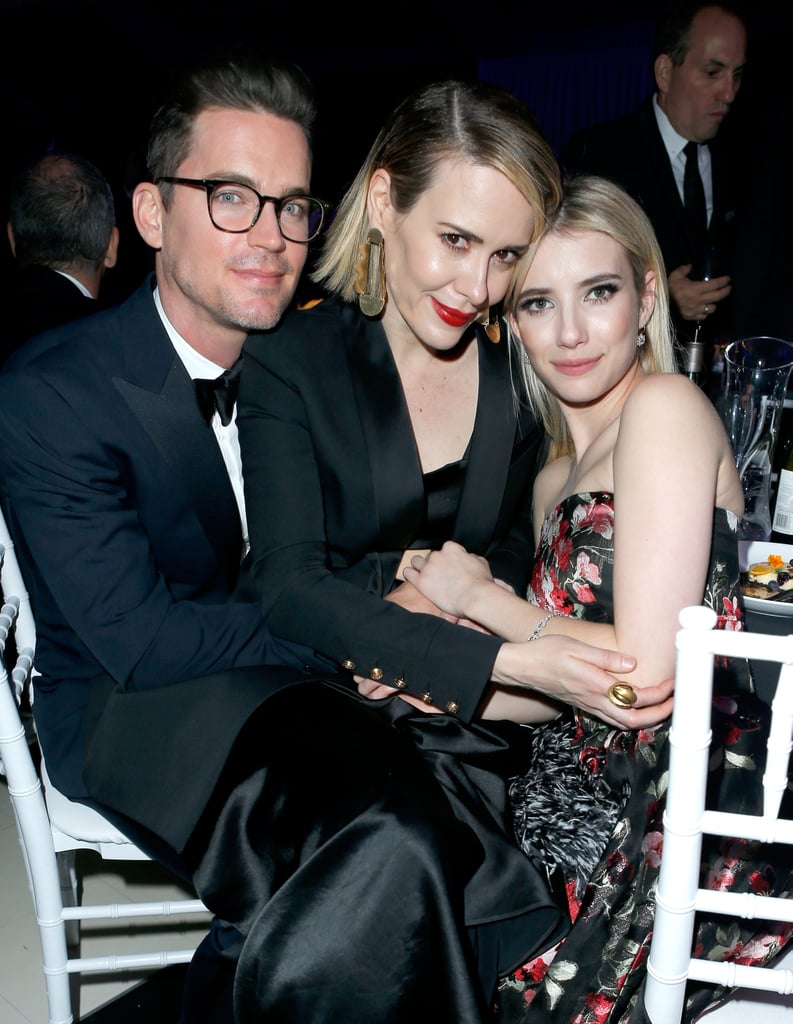 The amfAR Inspiration Gala went down at Milk Studios in LA on Thursday night, and the annual event brought out a bevy of A-listers including Gwyneth Paltrow, Sharon Stone, and Julia Roberts, all of whom showed up to honor Ryan Murphy for his contributions to film and TV and his commitment to the fight against AIDS. Ryan, the creator of Scream Queens and American Horror Story, had members from both casts on hand for the big night — Emma Roberts, Lea Michele, Billie Lourd, and Jamie Lee Curtis all represented for the new hit Fox comedy, while Chloë Sevigny, Sarah Paulson, Angela Bassett, and Matt Bomer mingled with more of their current and former AHS costars.

Gwyneth, who guest-starred on Glee and his currently dating cocreator Brad Falchuk, took the stage to say a few words about Ryan, as did Julia Roberts, who was part of Ryan's award-winning HBO film The Normal Heart. One of the other big stars of the night was Lady Gaga, who currently stars on Hotel; the singer toasted Ryan Murphy with jazzy renditions of "I Can't Give You Anything but Love" and "Bewitched, Bothered, and Bewildered" during the ceremony. Keep reading to see all the stunning photos from this year's amfAR Inspiration Gala.

Celebrity Couples
Bo Burnham Has Been Dating Lorene Scafaria Since 2013, and Their Romance Is Too Cute
by Grayson Gilcrease 3 days ago