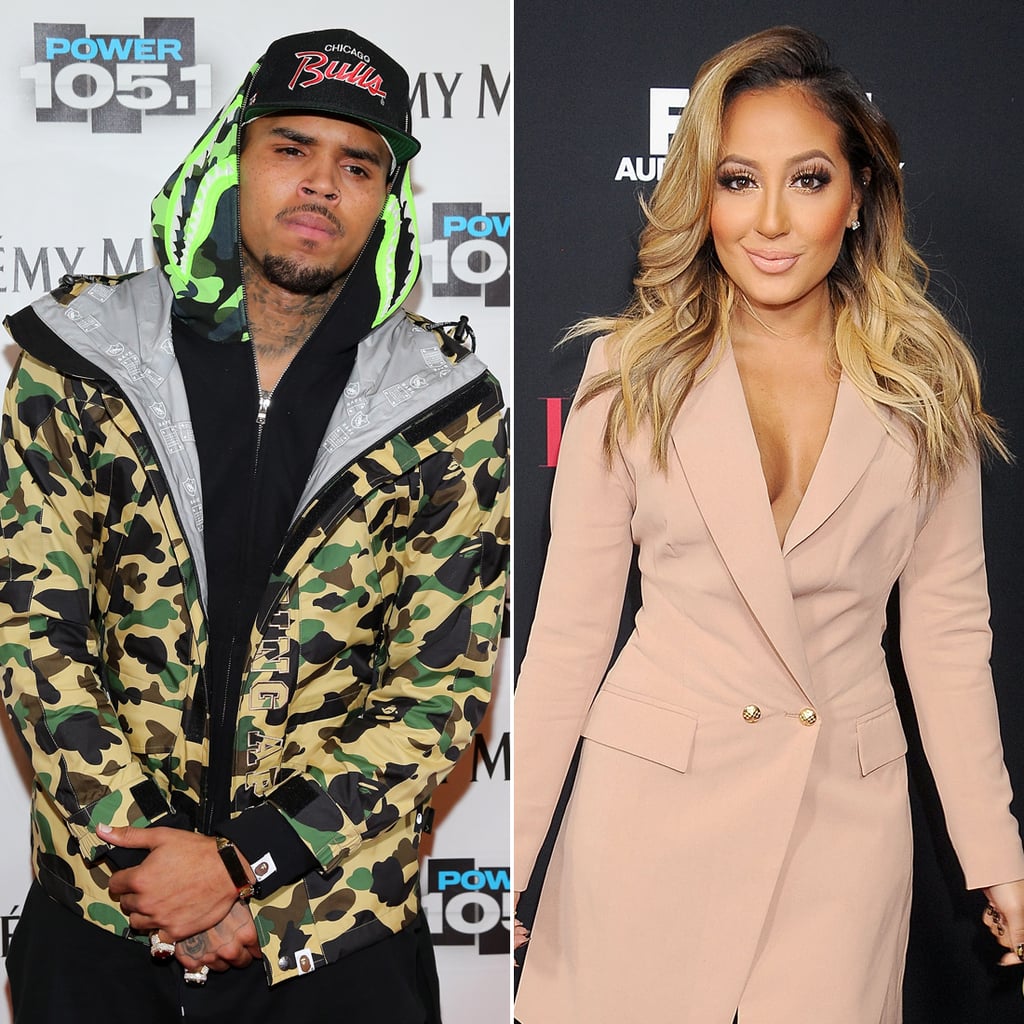 Chris Brown has ripped into Adrienne Bailon after the singer-turned-talk-show-host discussed Chris's on-again, off-again relationship with Karrueche Tran on her show, The Real. Adrienne and her cohost, Tamar Braxton, chatted on the show about the pair's romance and what it is like to date a man others disapprove of, like Chris. While Tamar said that she had been in a similar situation and that "you have to experience it for yourself," Adrienne hinted that Karrueche's friends were doing her a disservice by not urging her to leave the troubled pop star. She said, "You don't think that some of her friends also reap the benefits of her dating Chris Brown? They want to be a part of that circle. Really, are they going to tell you, 'Leave that.' You want to have real friends who tell you the truth." Watch a clip of the group's discussion below.

On Monday, Chris caught wind of the group's discussion and launched into Adrienne in a since-deleted post on Instagram. He wrote, "BRING THAT *SS HERE BOY' ADRIENNE BAILON.... You ole trout mouth *ss b*tch. U tried it. Won't u the same bitch that was f*cking wit married men? U also was keeping up with the Kardashians! U can't talk about relationship goals when u don't even have life goals. Ain't you a cheetah girl? Last time u was important n*gg*s was riding spinners and wearing 6x talk Ts. You the same b*tch having threesomes like the rest of these h**s." Adrienne's ex-boyfriend Rob Kardashian reportedly "Liked" the post, but Chris soon took it down and replaced it with a screenshot of Karrueche's message on Instagram, adding that "she is a lot nicer than me." Karrueche wrote, "I have a voice, just like yours. However my bf I can't speak for. We all know he has no chill. Just like everyone else out there - he has an opinion."

On Tuesday, Chris posted another rant on the subject, explaining that he didn't want to "be fake" and "politically correct" in his attack on Adrienne. He continued:

"I know that with me being a public figure and one of the best at what I do it's more of a story to talk about. It comes with the territory. Like I said before, I say what I feel and what I want especially if anyone has an opinion about me and mine. Somedays I'll be cool and then other days ima roast ya *ss. So this isn't an apology for yesterday. Just a reflection. People, live ya life, you'll mess around and go blind looking at me all the time."

For her part, Adrienne brushed off the drama when she responded to a comment on her Instagram about the incident. She wrote, "Who said anything bad about her? I actually know her… We're cool." Adrienne added: "The conversation was generally speaking of anyone who may 'possibly' be in a bad relationship. Please don't start drama that doesn't EXIST. If she's happy… so am I." However, Adrienne did make one dig at Chris for insulting her start as a Cheetah Girl, writing, "I certainly STARTED my career in a multi platinum singing group. Get your facts straight. You don't need to freeload when you have your own Barbie. God bless." 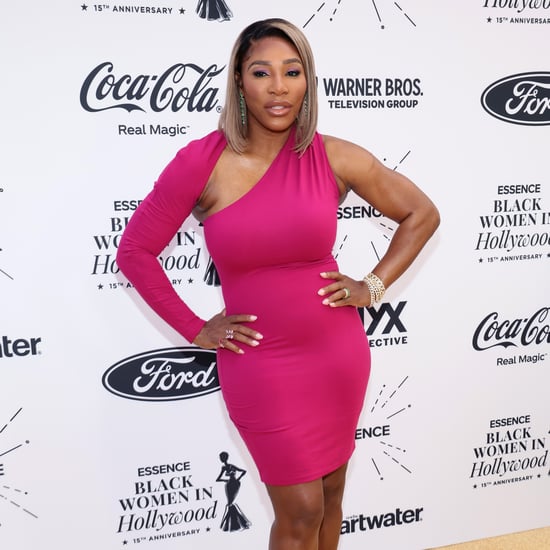 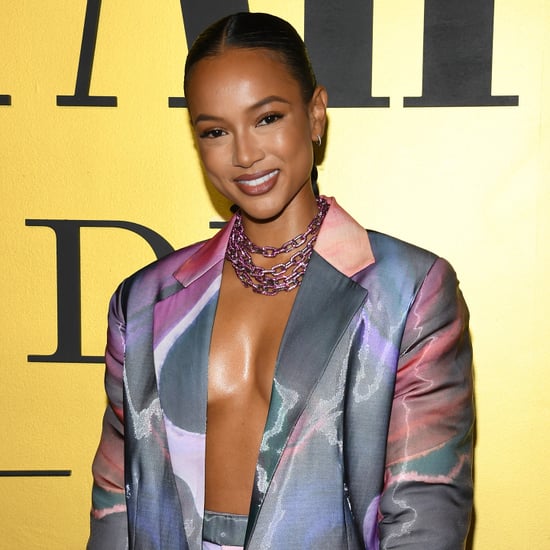 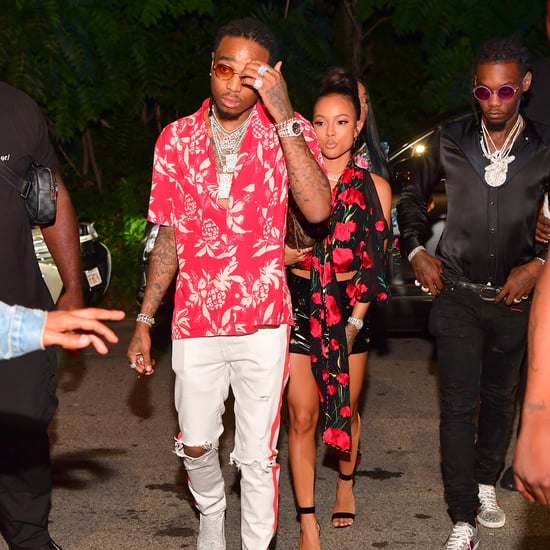 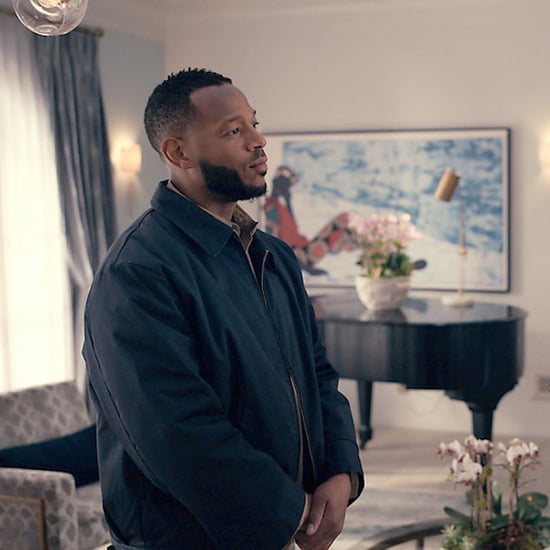 TV
From Karrueche Tran to Marlon Wayans, All the Famous Faces on "Bel-Air"
by Njera Perkins 3/31 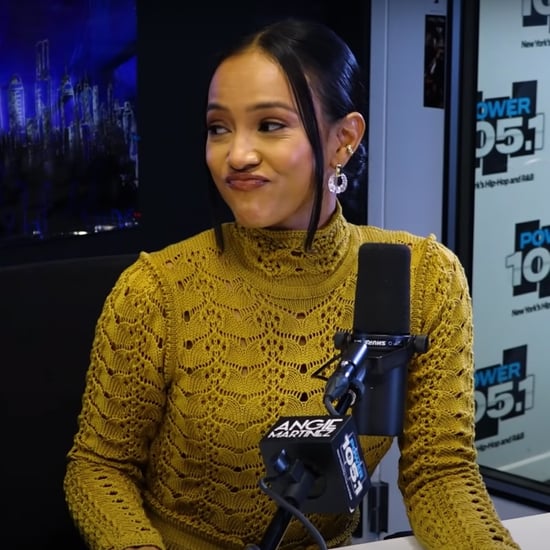 Beauty Trends
Karrueche Tran Is a Woman of Many Talents, but This Hidden Gift Is Her Most Surprising Yet
by Yerin Kim 12/16/21