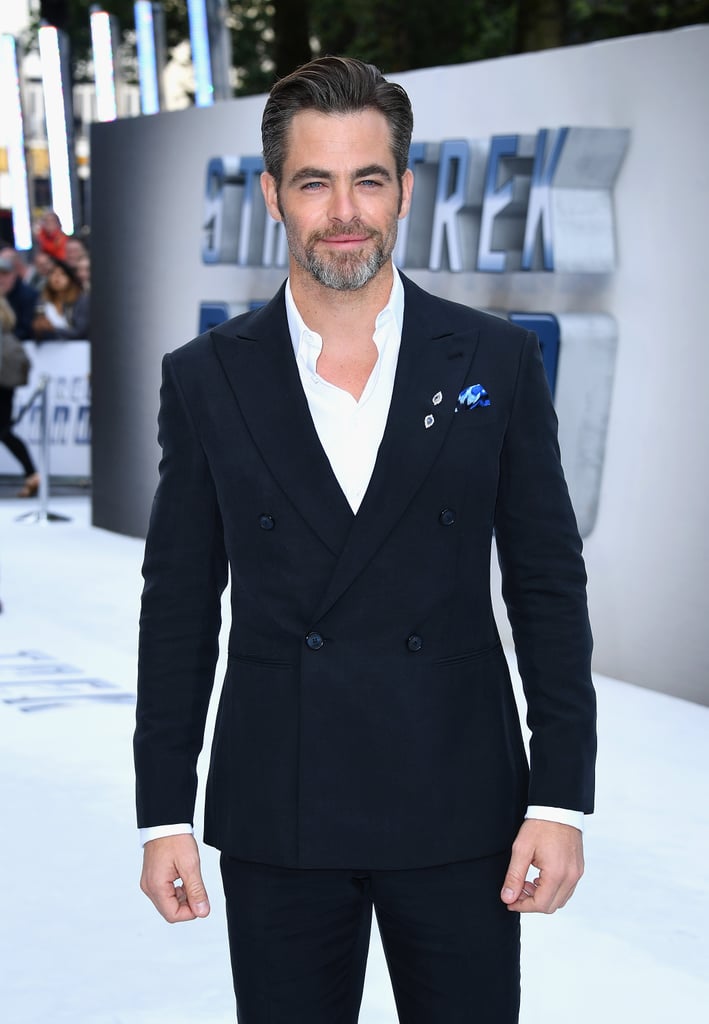 It's almost as if Chris Pine gets hotter by the day. On Tuesday, the actor drew eyes when he hit the red carpet at the UK premiere of Star Trek Beyond in London. Clad in a double-breasted suit, Chris showed off his smoldering stare as he posed for pictures and greeted fans outside. The film — which hits theaters July 22 and includes a brand-new song from Rihanna called "Sledgehammer" — is the third installment of the rebooted franchise and features Star Trek's first gay main character, is played by John Cho. While not everyone is happy about this, John recently told Australia's Herald Sun, "I liked the approach, which was not to make a big thing out of it, which is where I hope we are going as a species, to not politicize one's personal orientations." Keep reading to see more of Chris, then check out the movie's final trailer.

Previous Next Start Slideshow
Chris PineRed Carpet
Around The Web