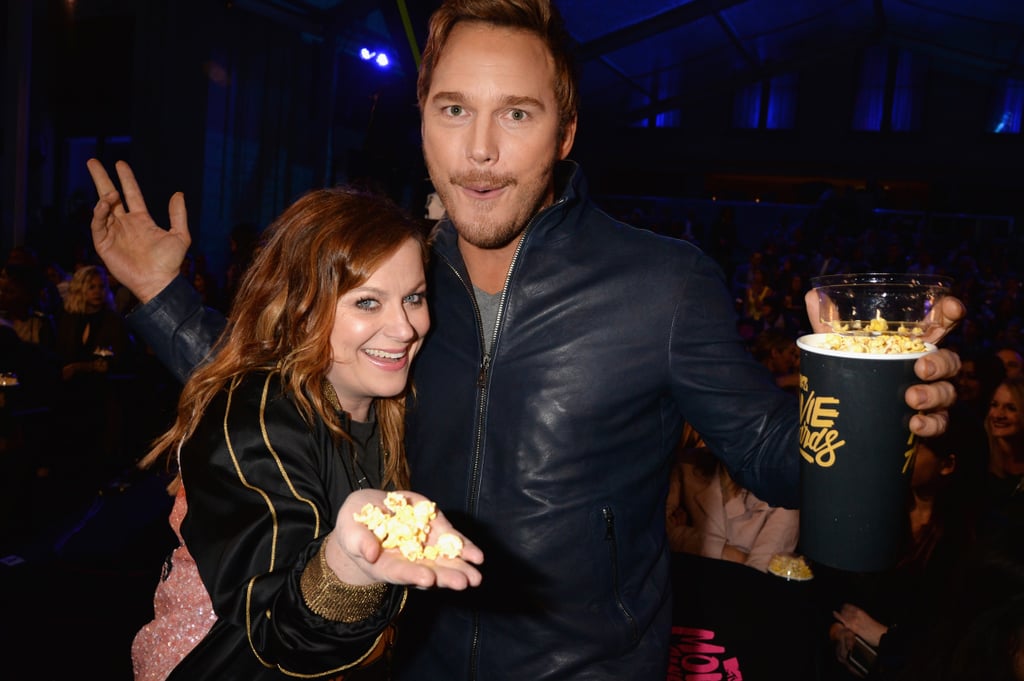 Although the MTV Movie Awards is dedicated to honoring Hollywood's biggest blockbusters, fan-favorite TV show Parks and Rec got an adorable shout-out on stage during the event this weekend courtesy of former costars Amy Poehler and Chris Pratt. After it was announced that Amy scored the Golden Popcorn for best virtual performance, she managed to squeeze in a mention of the show, to which Chris reacted perfectly in the audience. Keep reading to see some supercute moments between the good friends, and check out all of the shenanigans Chris got up to throughout the night!