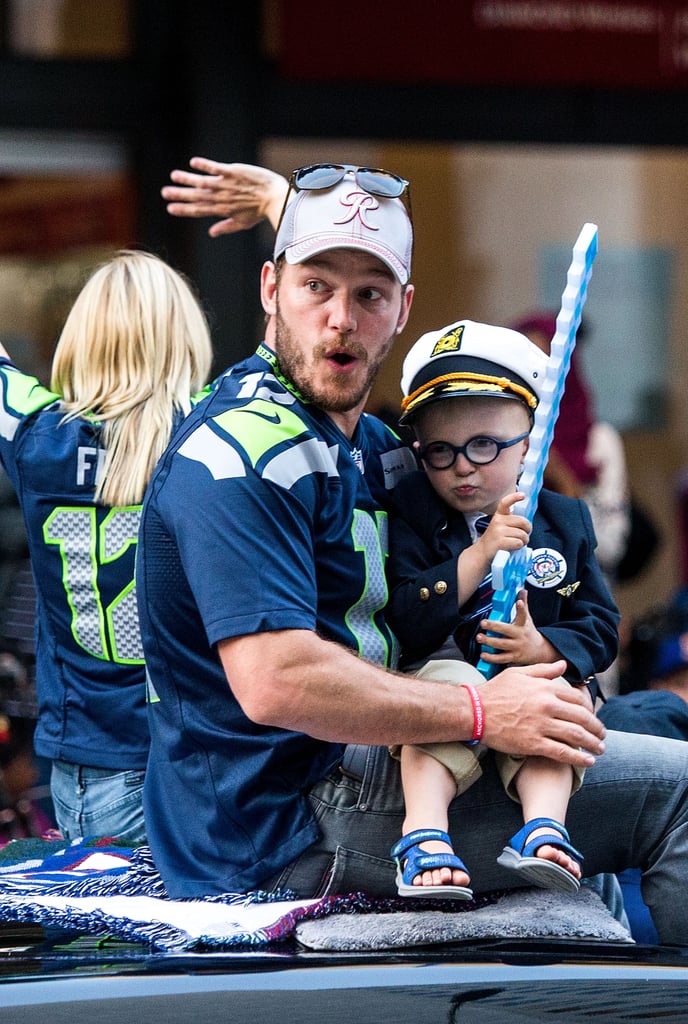 It was a family affair for Anna Faris at the Seafair Torchlight Parade in Seattle on Saturday. The actress, who was the grand marshal of the event, brought her husband, Chris Pratt, and precious son, Jack Pratt, along for the action, and from the looks of it, they had a whole lot of fun. In addition to looking superadorable in his boat captain costume, Jack nearly stole the show with his cute antics while riding in a convertible Corvette. The family fun comes nearly two weeks after Chris shared a clip of Jack's hilarious reaction to his Donald Duck pancakes, adding to their lengthy list of sweet family moments. See more of the brood's day out, then check out Chris and Anna's best red carpet moments ever.