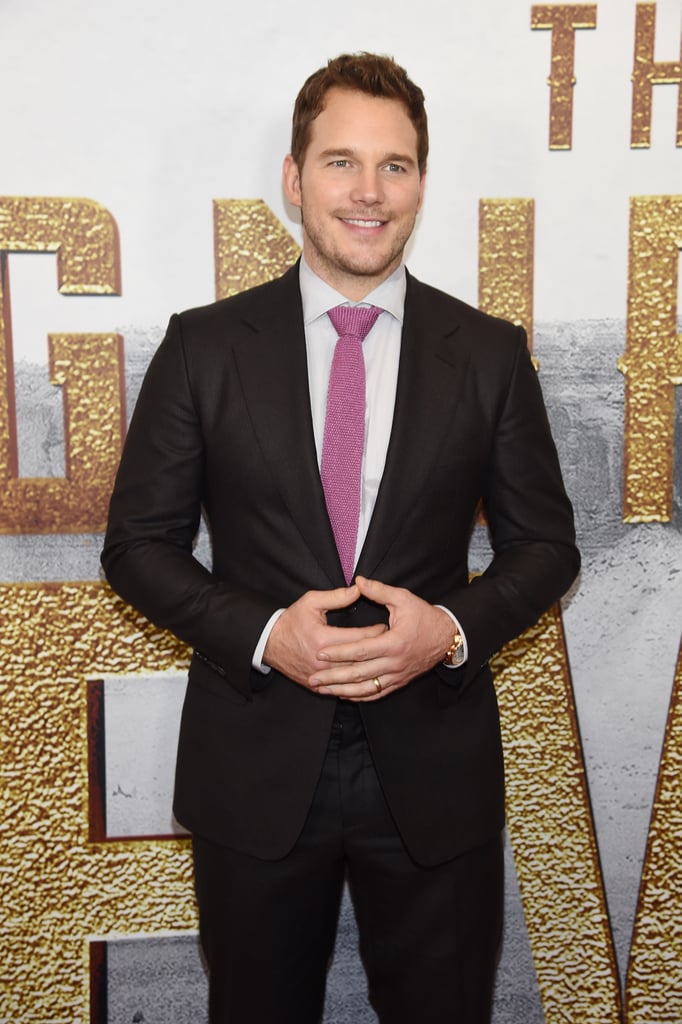 Chris Pratt stepped out for the NYC premiere of his latest film, The Magnificent Seven, on Monday night. The actor, who recently returned from Italy, was his usual charming self as he made his way down the red carpet and posed for pictures with his castmates, including Denzel Washington and Ethan Hawke. In the action-packed movie, which is a remake of the 1960s film, Denzel and Chris star as gunslingers who are seeking vengeance against a villainous Peter Sarsgaard. During the movie's premiere at the Toronto Film Festival last week, we got a glimpse of Chris and Denzel's budding bromance when they cracked each other up on the red carpet. The Magnificent Seven isn't out until Sept. 23, but here's to hoping we see more of Chris before then.