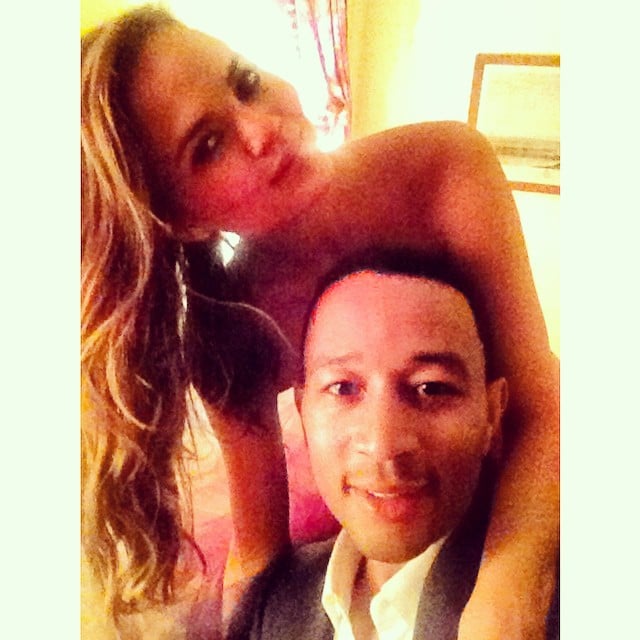 Sunday marks one year since Chrissy Teigen and John Legend tied the knot in a picture-perfect wedding in Italy. To celebrate their milestone, the supermodel and chart-topping crooner have been exploring Paris together. Along the way, Chrissy and John have been sharing their vacation with their Instagram followers, posting several images while out on the town and even one from their hotel room. "It's our anniversary :)," John captioned a sexy selfie on Sunday. The picture shows a topless Chrissy wrapping her arms around her handsome husband. However, the couple hasn't been one-on-one the entire time — over the weekend, Chrissy treated John to a show at the popular Crazy Horse cabaret. At one point, the couple posed for a group picture with several of the establishment's performers. "Took john to see other boobs for our anniversary to make up for the 364 days of the year I'm insufferable (ps they are insanely talented and not just boobs)," she joked in the caption. They also ventured over to the Stade de France, where they watched Beyoncé and Jay Z's headline-grabbing concert. Keep reading to see the couple's pictures from their fun-filled week!

Joe Biden
Chrissy Teigen Asks President Joe Biden to Unfollow Her on Twitter: "It's Not You It's Me"
by Karenna Meredith 2 days ago