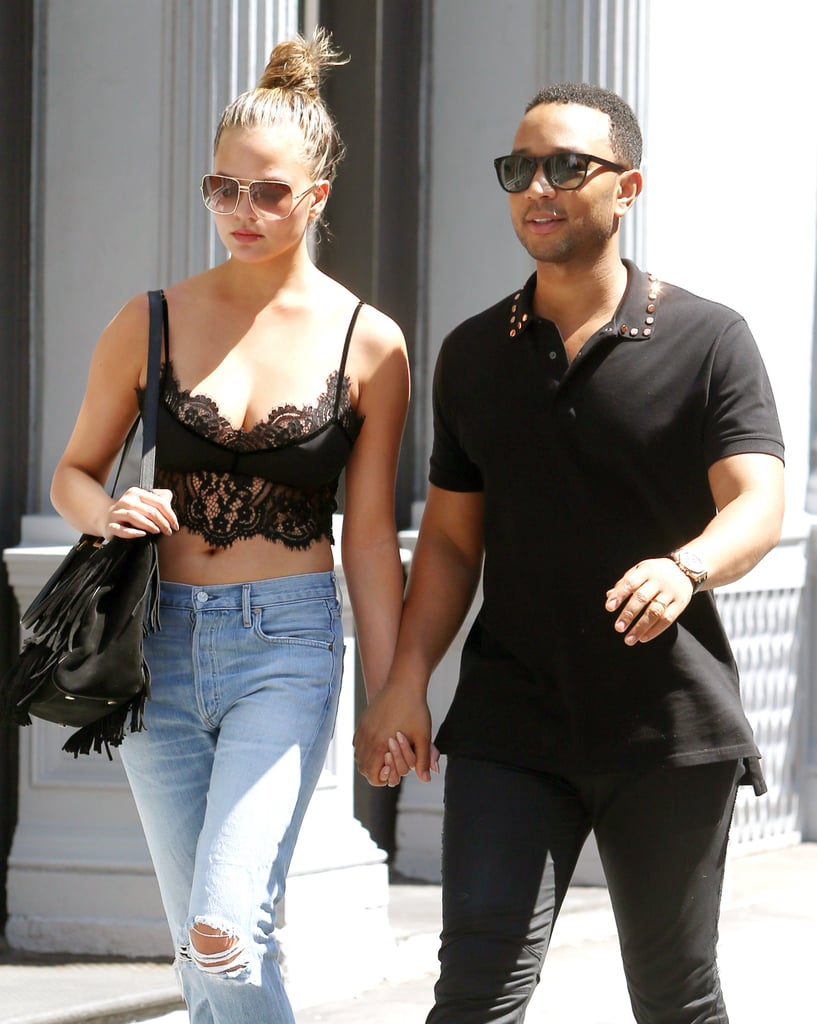 Chrissy Teigen and John Legend were spotted holding hands while out and about in NYC on Saturday. Chrissy gave photographers a peek at her midriff in a black lace crop top and boyfriend jeans, while John kept things casual in an all black ensemble. Later that evening, the duo stepped out again to celebrate John's introduction as Belvedere's (Red) campaign ambassador at the Apollo Theater. Noticeably missing, though, was the couple's adorable daughter, Luna, who we often see on Instagram and Snapchat.