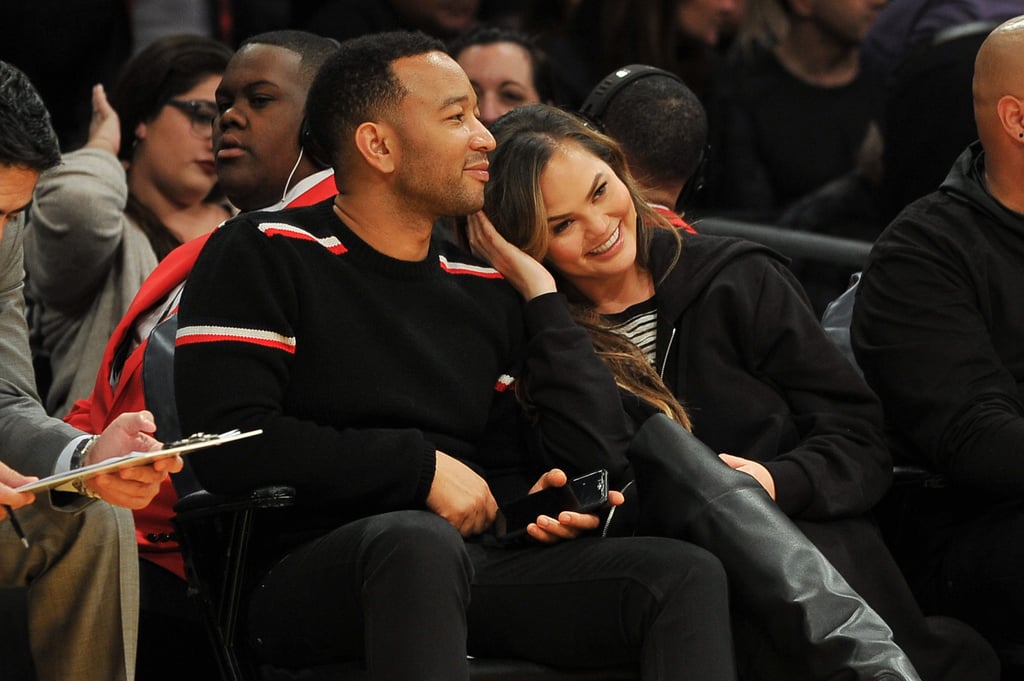 Chrissy Teigen and John Legend had a sweet, adults-only date night at the Los Angeles Lakers game on Sunday night. Instead of attending the American Music Awards nearby, the couple sat courtside to watch the home team take on the Denver Nuggets at Staples Center. The cameras caught John planting a smooch on Chrissy's head as they took in the game — we're really hoping they ended up on the Kiss Cam at some point! And while we so love getting to see Chrissy and John out on the town together, we also would have loved an appearance from their 1-year-old daughter, Luna, who recently stole the show during Chrissy's "73 Questions" interview with Vogue.

Related:
We Have Chrissy and John to Thank For Keeping Our Faith in Love Alive in 2017
0
previous images
-21
more images
Previous Next Start Slideshow
John LegendChrissy TeigenCelebrity CouplesCelebrity PDA
Around The Web