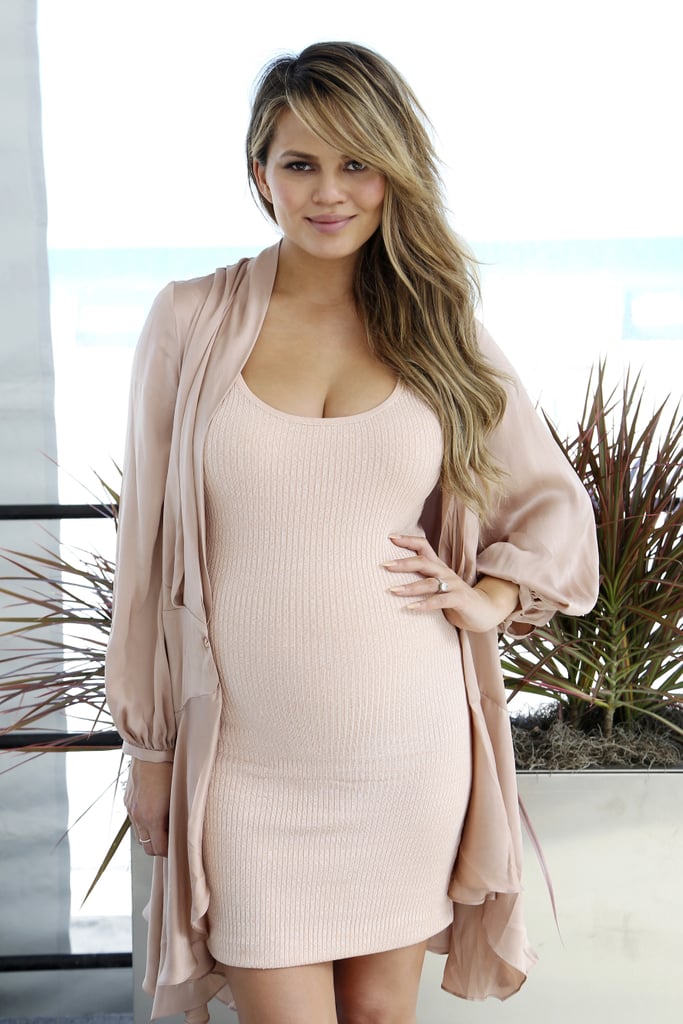 Chrissy Teigen continued to be one of the cutest pregnant women in Hollywood when she attended a Sports Illustrated fan event on Wednesday in Miami Beach. After snagging a spot in the magazine's annual Swimsuit Issue, Chrissy popped up at the event with Gigi Hadid, who also makes an appearance in the pages. Chrissy offered another precious peek at her growing belly as she signed fan autographs and struck a slew of poses for cameras. At one point, Gigi even rubbed Chrissy's belly. The event comes fresh off a hot weekend for Chrissy, who poured on the PDA with John Legend at a pre-Grammys bash and looked like an absolute angel when she hit the red carpet at the event itself. Read on to see more of Chrissy's latest outing, and then see why her baby is going to be blessed.

Previous Next Start Slideshow
Chrissy TeigenCelebrity Pregnancies
Around The Web

Fall Fashion
Emily Ratajkowski Is the Essence of Sexy, Bold Maternity Style in This Cutout Dress
by Sarah Wasilak 1 day ago