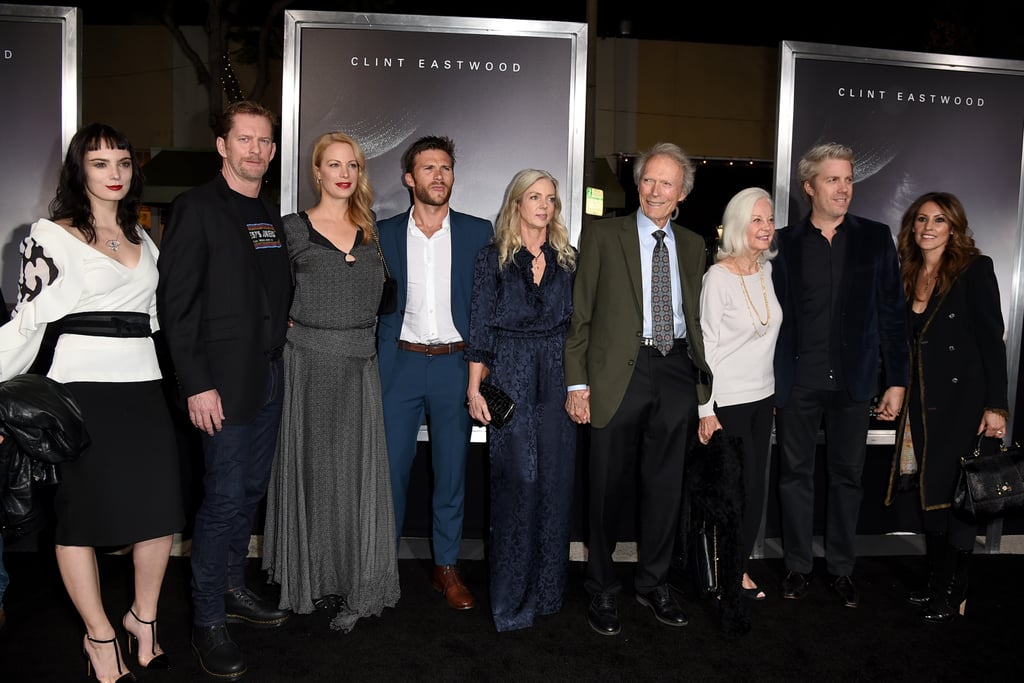 It was a family affair at Clint Eastwood's LA premiere of his new movie, The Mule, on Monday night. The 88-year-old actor was joined by his 32-year-old son Scott, his 50-year-old son Kyle and Kyle's wife Cynthia Ramirez, his 48-year-old daughter Alison and her husband Stacy Poitras, his 25-year-old daughter Francesca, his 21-year-old daughter Morgan, his 24-year-old granddaughter Graylen, his 87-year-old ex-wife Maggie Johnson, and his 55-year-old girlfriend Christina Sandera. The blended brood put on a united front as they posed for pictures on the red carpet, however, missing from the fun were Clint's other children Kimber, 54, and Kathryn, 30.

The Mule marks Clint's return to the big screen following a six-year hiatus. In the film — which is based on the true story of Sinaloa Cartel mule Leo Sharp — Clint plays a man named Earl Stone who gets busted for drug trafficking. The Mule hits theaters on Dec. 14.

Related:
You Guys, Clint Eastwood Was a Stone-Cold Fox When He Was Younger
Previous Next Start Slideshow
Clint EastwoodScott EastwoodRed CarpetCelebrity FamiliesCelebrity Kids

Celebrity Families
Travis Barker Loves Being a Dad "More Than Anything" — Meet Atiana, Landon, and Alabama!
by Emily Weaver 12 hours ago

Celebrity Families
Nick Cannon Is Going to Be a Dad of 6 Soon! Here's What We Know About His 4 Kids
by Alessia Santoro 13 hours ago

Baby Names
Macaulay Culkin and Brenda Song Are Parents, and We Love the Name They Chose For Their Son
by Alessia Santoro 16 hours ago