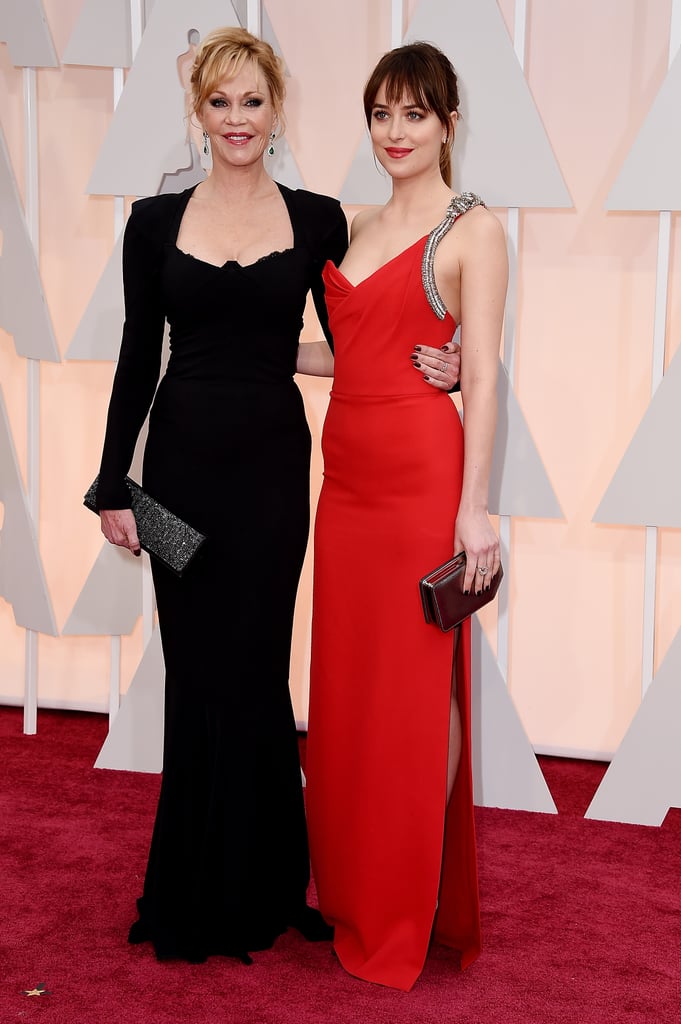 Fifty Shades of Grey star Dakota Johnson, in Saint Laurent, brought a stunning date to the Oscars on Sunday: her mom, Melanie Griffith. Just a few days after it was reported that Dakota and her boyfriend broke up, she and her mom hit the red carpet together, posing for pictures and participating in some awkward interviews before the show. It wasn't the first time they attended the Oscars together, though — back in 2000, 11-year-old Dakota joined her mom on the red carpet.

This year, Dakota was among the Oscar presenters, and after the show, Melanie was spotted among the celebrities at Vanity Fair's Oscars afterparty. Check out the best pictures of Dakota and Melanie's night, plus some flashback photos from their time at the Oscars in 2000!

Schitt's Creek
I'm Canadian, and Here's How Schitt's Creek Winning 9 Emmys Made Me Feel
by Simrin Purhar 1 week ago