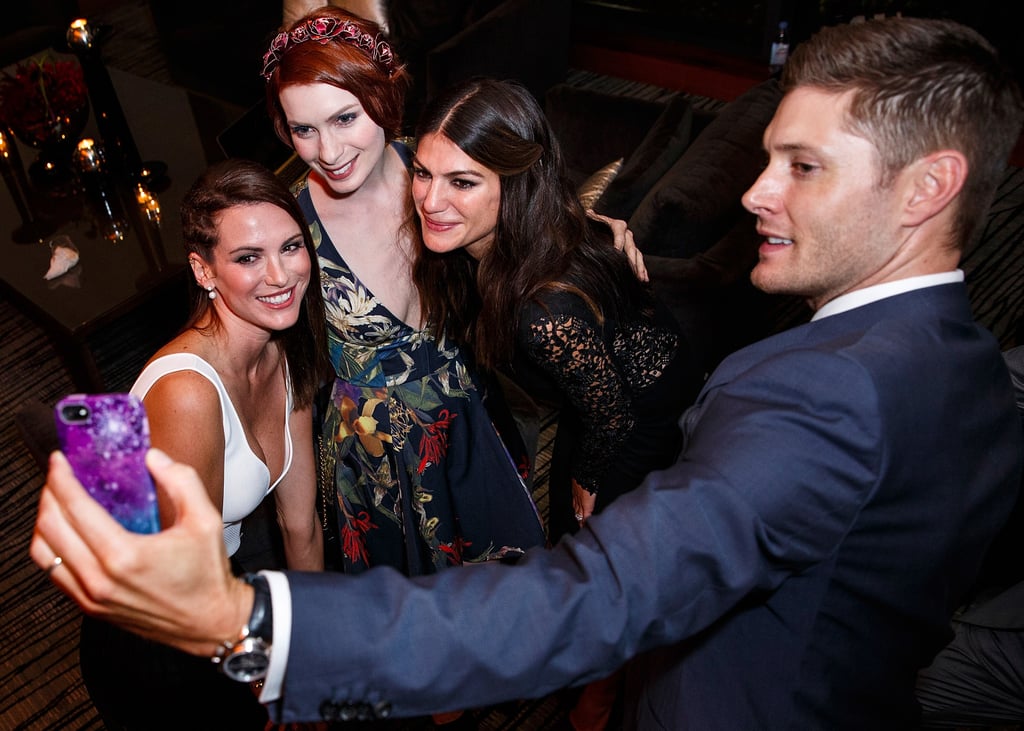 Among the many things that Jared Padalecki and Jensen Ackles have in common is the fact that they both have badass wives. The Supernatural stars married their soul mates in the same year — 2010 — and since then, Genevieve Padalecki (née Cortese) and Danneel Ackles (née Harris) have become incredibly close. Former CW stars themselves, Genevieve (who met Jared on the set of Supernatural) and One Tree Hill's Danneel are each other's red carpet buddies, hanging out while their husbands have to promote Supernatural year after year. They're also supportive of each other on social media and regularly get their families together. They've even used the fan-created hashtag #spnbabies to congratulate each other on pregnancies and births! Here are all the times we've envied their friendship.

Amanda Gorman
Celebrities and Politicians React to Texas Elementary School Shooting: "There Simply Has to Be Change"
by Eden Arielle Gordon 11 hours ago

Florence Pugh
Florence Pugh Addresses Will Poulter Ibiza Photos: "[We] Are Not Dating"
by Eden Arielle Gordon 14 hours ago

Celebrity Instagrams
Becca Tilley Gushes Over Hayley Kiyoko: "[She] Has Really Made Me Feel Brave"
by Eden Arielle Gordon 17 hours ago