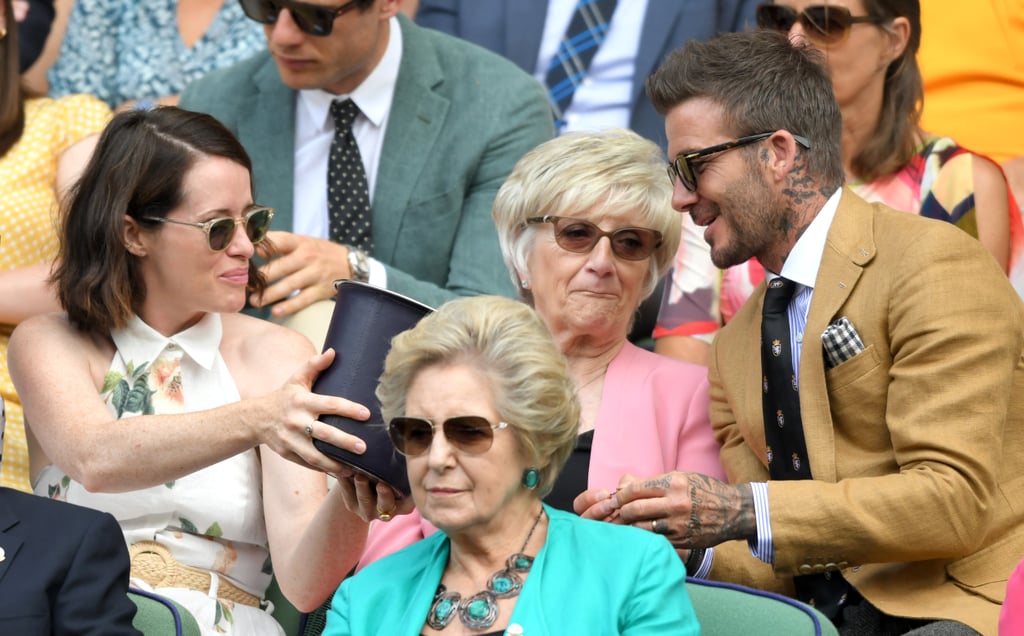 We don't know if David Beckham and Claire Foy were friends before they attended Wimbledon on Thursday, but they definitely looked like they were getting on as they took their seats in the royal box for 10th day of the tournament. Both stars were accompanied by their moms; David brought his mom, Sandra, who's no stranger to Wimbledon, having attended with her son on many previous occasions. They were spotted chatting to Richard Branson and his daughter Holly, another famous pair making this a family affair.

Meanwhile, Claire brought her mom, Caroline, and the two were spotted really getting into the action on the court. It looks like the Crown star is definitely a chip off the old block! Not only were they captured making identical reactions to some of the most exciting moments on court, but they also dressed in coordinating calf-length shirt dresses (Claire's a sleeveless floral number, Caroline's a long-sleeve polka-dot style). Keep reading to see the sweet family day out.