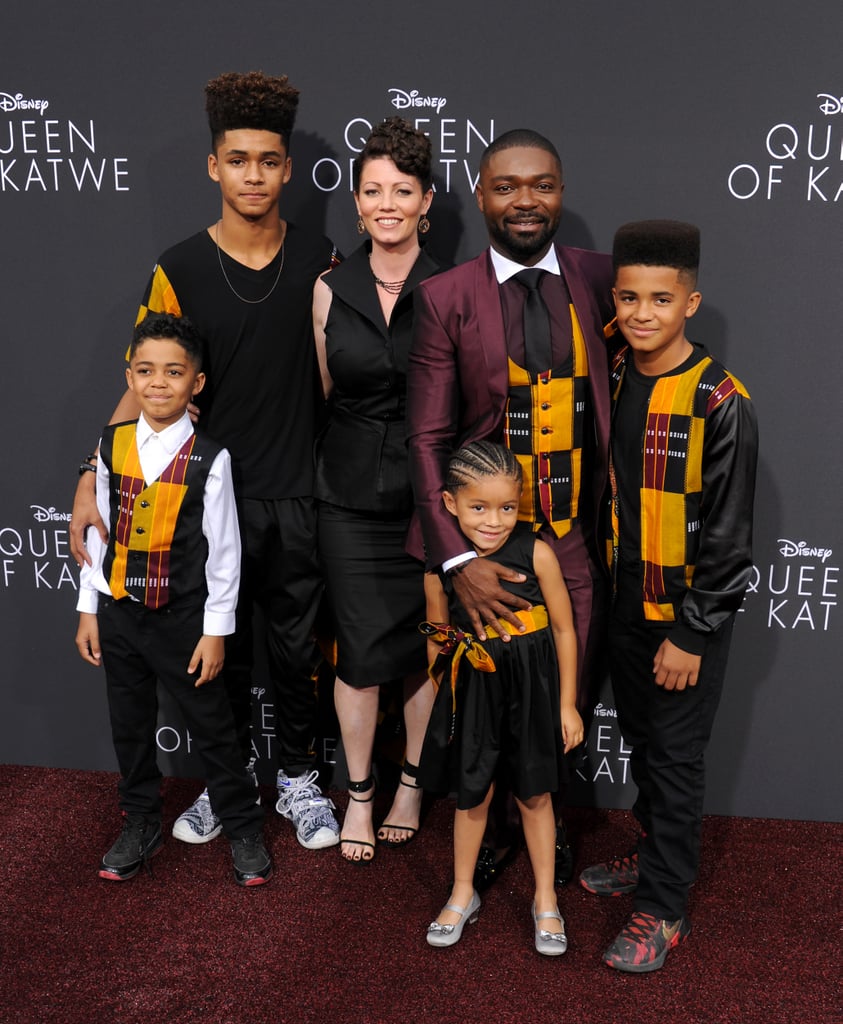 David Oyelowo and his family took matching outfits to the next level. While walking the red carpet for the premiere of his new film, Queen of Katwe, in LA on Tuesday, the actor sported a Dolce & Gabbana suit with a sharp vest made from African Kente fabric, and his four kids also wore the traditional Ghanaian cloth with their outfits. His wife, Jessica, rounded things out in a sleek black dress. David stars as engineer Robert Katende in the Disney film — the movie is based on the life of Phiona Mutesi, a young girl from Uganda training to become a world chess champion — alongside Lupita Nyong'o, whom he met up and posed for photos with at the event; Lupita recently spoke to POPSUGAR about her role as Phiona's mother, Harriet, in the film, saying, "It's a rare privilege to be able to talk to the person you're about to represent in the movie. And one that I was very happy to have."