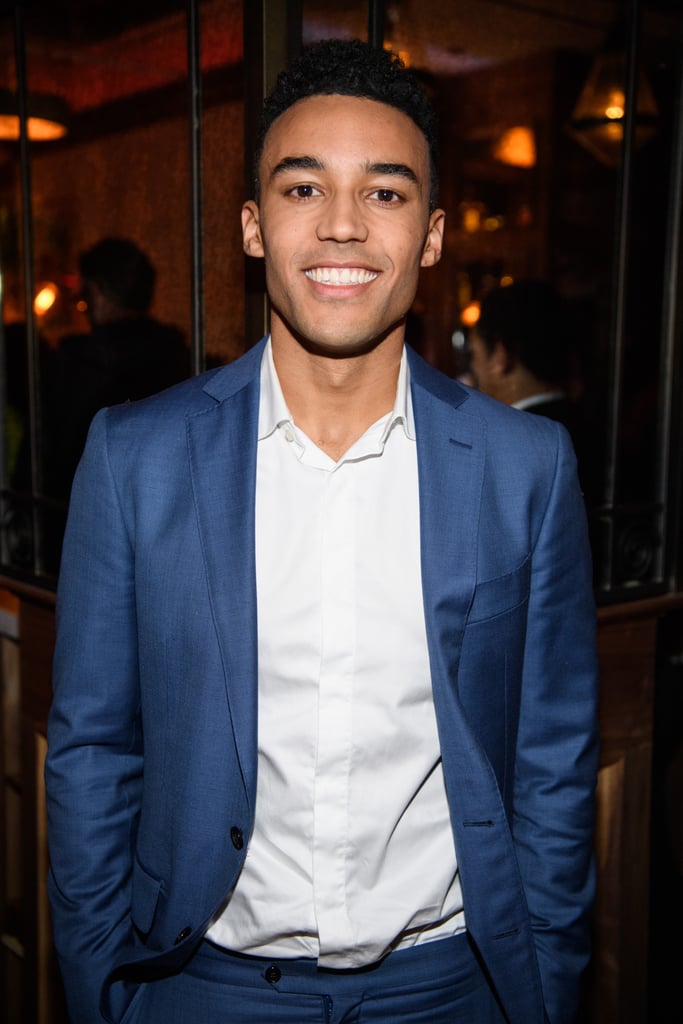 Devon Terrell is garnering praise for his performance as President Barack Obama in the new Netflix movie Barry, which follows a young Obama as he heads to NYC's Columbia University in the Fall of 1981. Not only does the 24-year-old American-Australian newcomer nail the speech, mannerisms, and swagger of our commander in chief, but he also happens to be very, very attractive. Devon stepped out for an NYC screening of his film on Tuesday night, and did not disappoint; he cut a suave figure in a fitted blue suit and posed for photos with director Vikram Gandhi and his girlfriend, artist Stephanie Metea.

Devon is joined in the Handsome Men Who Portrayed the President Club by Parker Sawyers, the equally hot actor who played Barack Obama in Southside With You alongside Tika Sumpter. The film followed Barack and Michelle's first date in the Summer of 1989. It's almost as if these casting directors are acutely aware of how attractive our president is in real life.