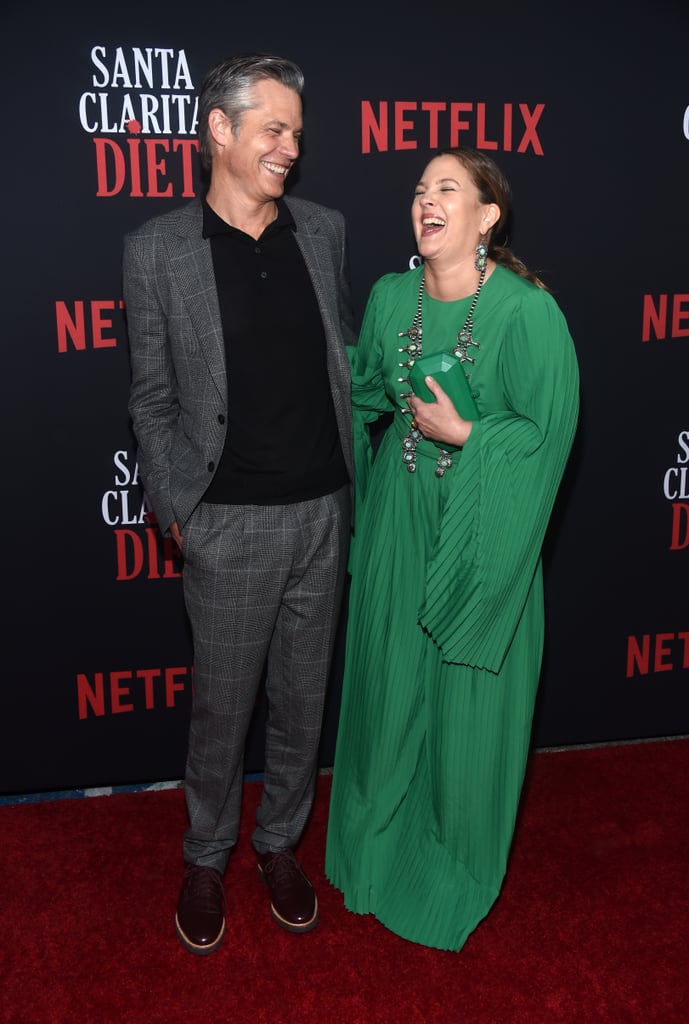 There are few people on this planet I wish I was friends with more than Drew Barrymore. She's got the ultimate multihyphenate career, she's candid and funny, she's devoted to her family, she speaks the truth about being a woman, and she knows her way around a bottle of wine. Though I'm sure she has no desire to be pals with a woman nine years her junior who would constantly quote lines from Never Been Kissed after indulging in the aforementioned bottle of wine, I still hold out hope. Especially now that she works with Timothy Olyphant, the man who (when the IT department isn't looking) graces my desktop wallpaper in all his silver fox glory.

Related:
These Pictures of Drew Barrymore Will Remind You Why She's Always Been the Best

The chemistry between Drew and Timothy in Santa Clarita Diet is one of the reasons the black comedy is so watchable. They look like they're having as much fun filming it as we do watching it, and that fun spills over into real life, too. When the pair hit the red carpet to celebrate the third season of the hit Netflix show this week, they were pictured grinning and cracking up as they posed for photos, and these pictures won't fail to make you smile. Keep reading to see them living their best lives, then prepare to binge: season three is on Netflix now!