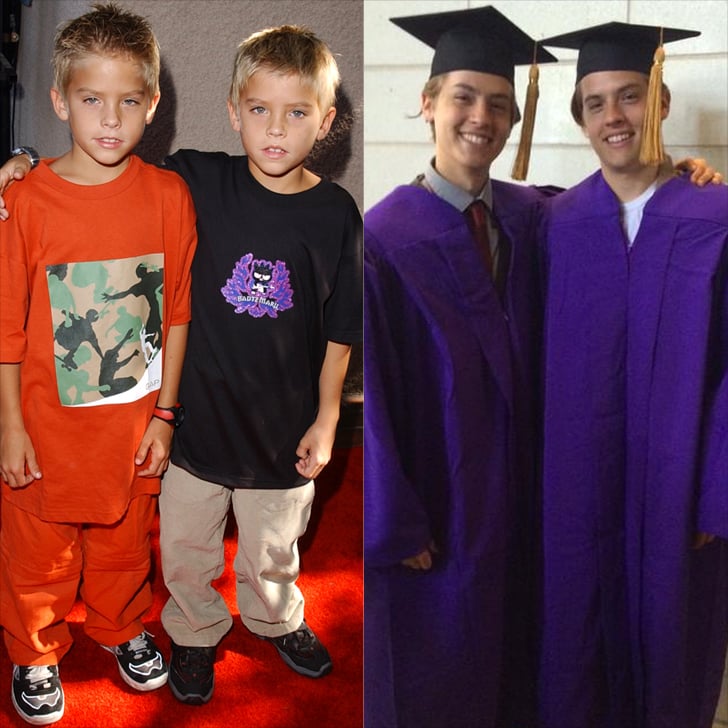 Whoa, the Twins From the Movie Big Daddy Just Graduated From NYU

It feels like just yesterday that Dylan and Cole Sprouse were playing Julian, aka "Frankenstein," in Big Daddy, but on Wednesday, the 22-year-old twins graduated from New York University. They've been in the spotlight for years, making their big-screen debut in the Adam Sandler flick back in 1999. Cole went on to play Ben Geller on Friends, and together, they starred on Disney's The Suite Life of Zack & Cody from 2005 to 2008. This week, they closed the college chapter together, with Cole sharing cute pictures of them sporting caps and gowns on their graduation day. Pretty hard to believe, right? Keep reading to see pictures of Dylan and Cole then and now, and get another blast from the past with a look at ways you know you were a teenager in the 2000s.