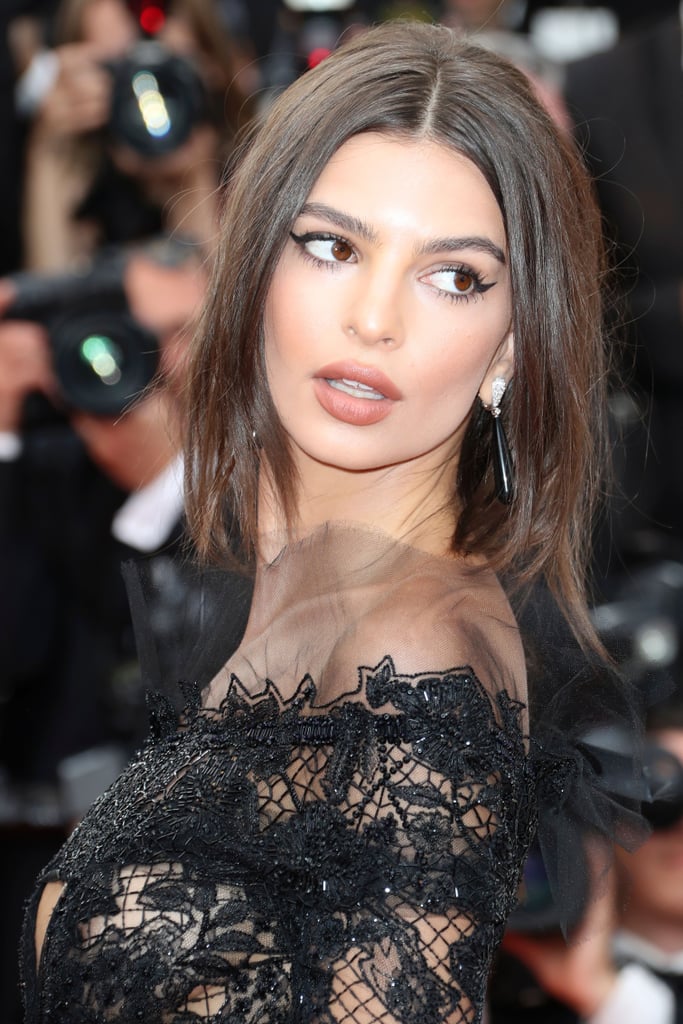 Emily Ratajkowski is in the South of France for her very first Cannes Film Festival, and from the moment she touched down at the airport on Tuesday, she's been totally crushing it. After arriving on the Croisette, Emily slipped into a bikini and boarded a yacht (like any self-respecting bombshell would do). She shared photos of herself in a red two-piece on Wednesday, then did a quick costume change for an afternoon by the pool at the infamous Hotel du Cap-Eden-Roc; the 25-year-old model turned heads in a sea-green bikini that she wore under a pretty printed dress.

Emily was all smiles while posing for photos on the hotel balcony with film producer Mohammed Al Turki. Naturally, she gave fans a glimpse of her red carpet jewelry with a topless Instagram photo, then hit the red carpet in all her glory for the opening gala and premiere of Ismael's Ghosts. On Thursday, she was back at it again in a gorgeous black lace number by Peter Dundas, channeling a young Sophia Loren for the Loveless screening. All in a day's work, right? Keep reading to see snaps from her week so far.