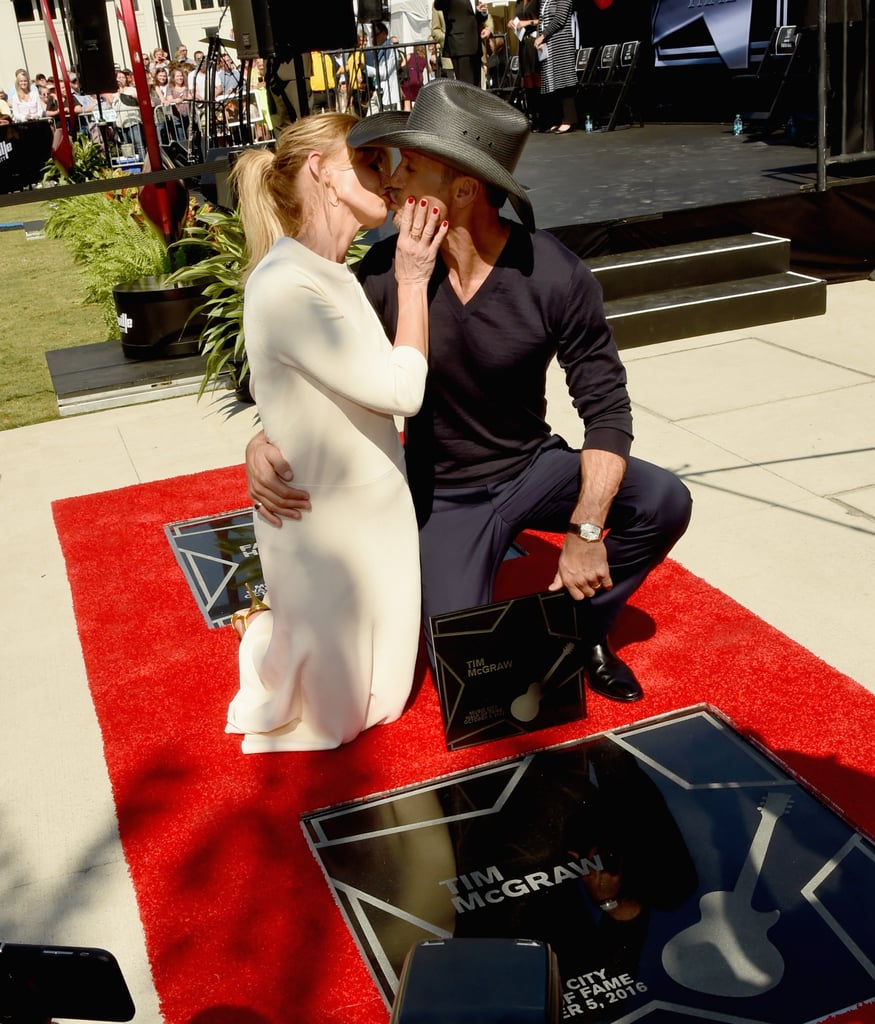 Faith Hill and Tim McGraw were honored with matching stars on the Music City Walk of Fame in Nashville on Wednesday. The couple spoke on stage before posing together on their stars and sharing a sweet smooch for the cameras (Faith also laid a big fat kiss on her star). They were also joined by country legend Reba McEntire, who said a few words about them to the crowd.

On Tuesday night, Faith and Tim announced that they would be going on their first tour together in a decade. During their joint show in Nashville, Faith told the crowd, "OK, so we are going back on the road, on tour. We are going to go from side to side, South to North, all the way around the globe." Their Soul2Soul World Tour 2017 will be the third Soul2Soul tour for the couple. Tim and Faith recently rang in another huge milestone when they sent their eldest daughter, Maggie, to college, and they are celebrating their 20th wedding anniversary on Oct. 6.

Celebrity Couples
Turns Out Saweetie's Love Language Involves Chicken, and We Have Never Related More
by Victoria Messina 16 hours ago