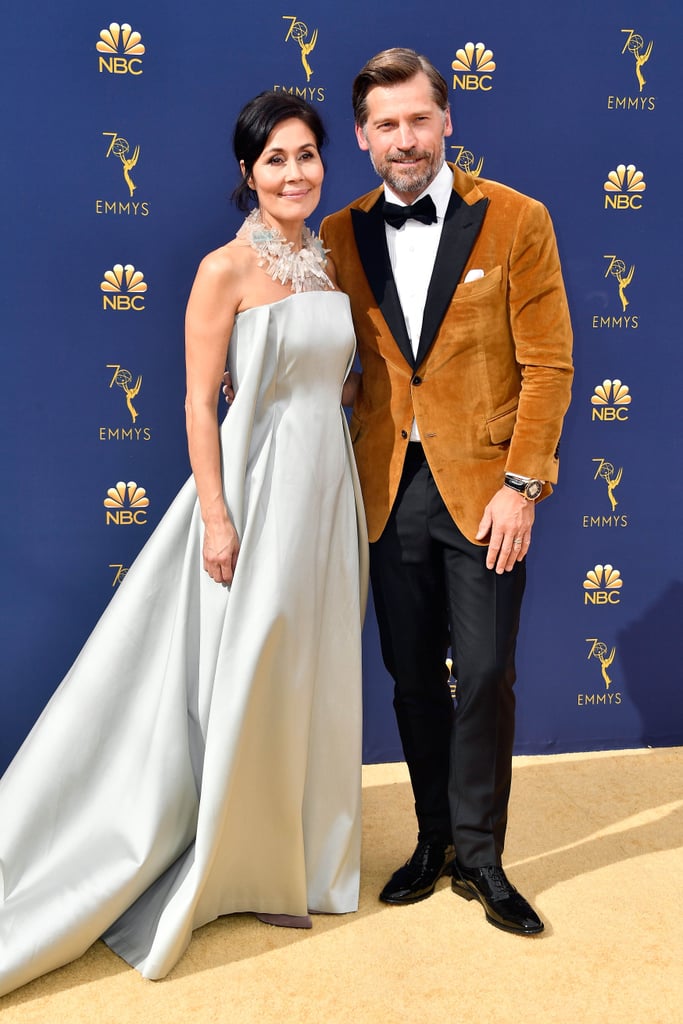 The Game of Thrones Cast Just Showed Up at the Emmys, and I'm Ready to Bend the Knee

The cast of Game of Thrones is a long way from Westeros right now, but I'm not exactly mad at it. The cast of the HBO fantasy drama took a break from fighting for the Iron Throne to step out at the 2018 Emmy Awards on Monday, and they all looked absolutely stunning. Gwendoline Christie and Nikolaj Coster-Waldau were the first cast members to show up, and they both donned golden ensembles — Christie stunned in a drapey, silk gown with a plunging neckline while Coster-Waldau opted for a velvet blazer. Emilia Clarke and Kit Harington were also in attendance looking just as royal as their costars. Keep scrolling to see more pics of the cast on the red carpet.