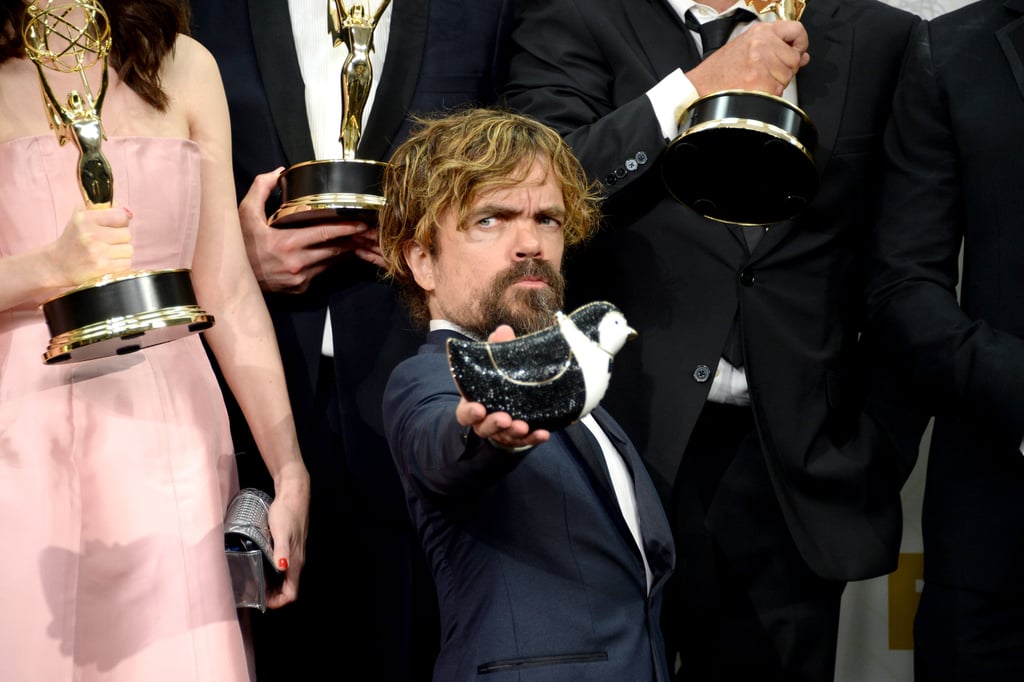 It's always fun to see the Game of Thrones cast out of character, and several of the stars brought the laughs when they goofed off at the Emmys in LA on Sunday. Actors John Bradley, Alfie Allen, and Conleth Hill hilariously embraced while posing for pictures on the red carpet, and when Peter Dinklage took home outstanding supporting actor in a drama series, he snapped some fun photos with his award — and then, of course, he took some funny pictures with Maisie's bird clutch. Peter wasn't the night's only winner, though; the show won outstanding drama series, plus outstanding writing and directing. Keep reading to see the best pictures of the Game of Thrones cast at the Emmy Awards, then check out all our Emmys coverage, including every star on the red carpet!

Barbie Ferreira
Did You Catch That Game of Thrones Easter Egg on Euphoria?
by Monica Sisavat 2 days ago