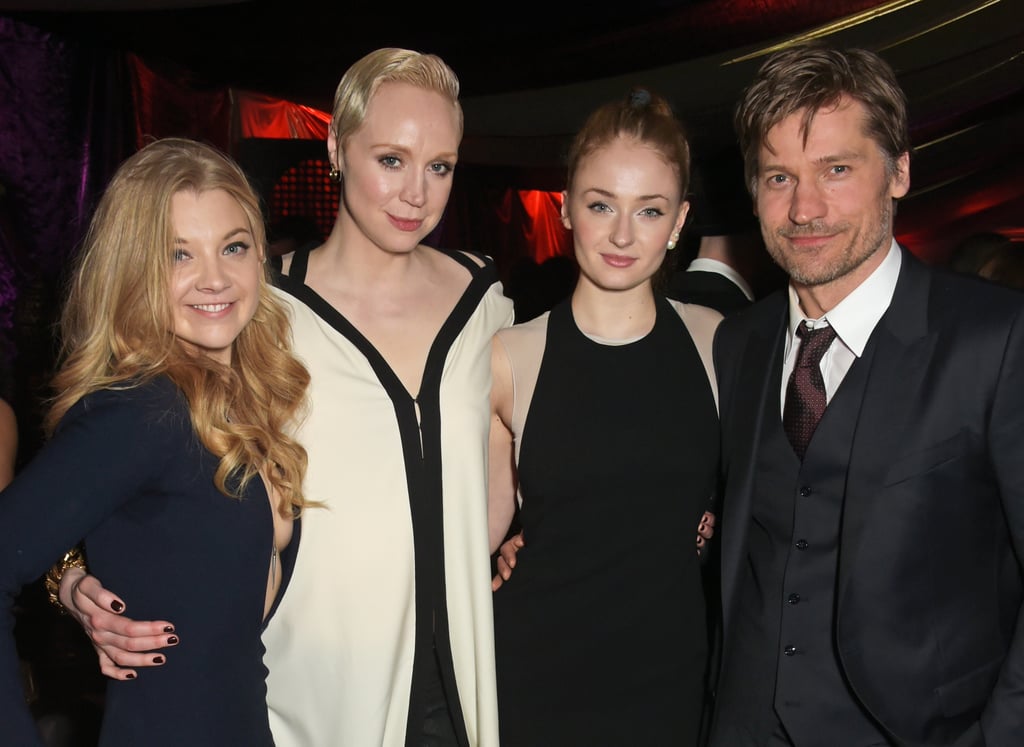 The Game of Thrones cast gathered in London on Wednesday for the season five premiere and an afterparty. Kit Harington (Jon Snow) and Nikolaj Coster-Waldau (Jaime Lannister) suited up and looked dapper for the event, and Sophie Turner (Sansa Stark) and Gwendoline Christie (Brienne of Tarth) struck their best poses on the red carpet before linking up with some of their costars at the afterparty. As the start of season five approaches, take a look at the best snaps from the premiere, then check out pictures from the upcoming season, the show's latest trailer, and — just for fun — a ranking of the hottest guys on Game of Thrones.