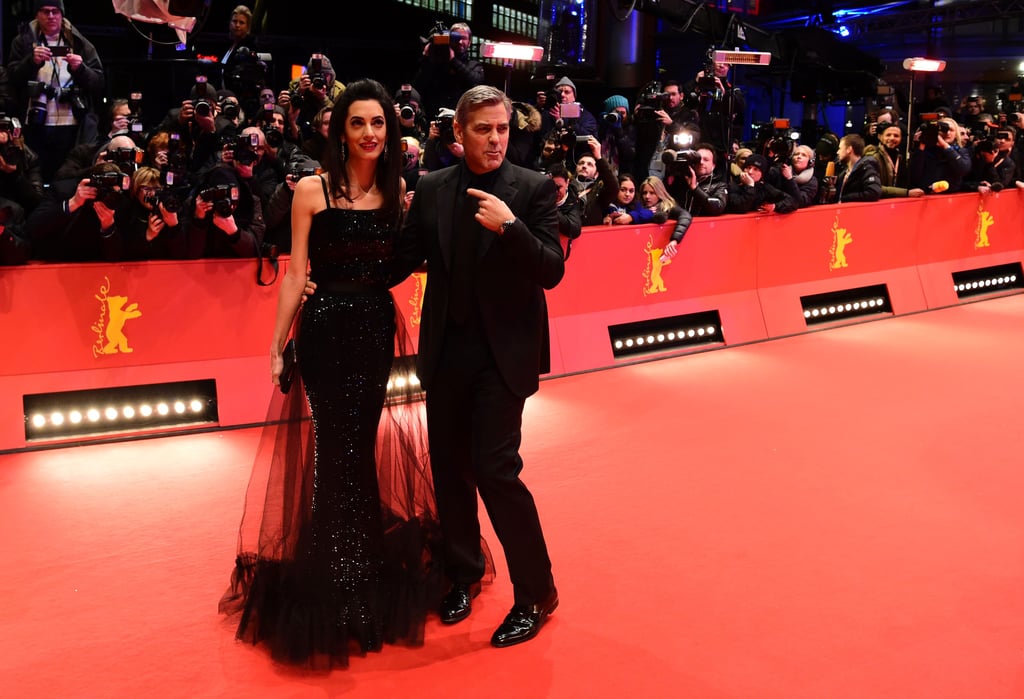 George Clooney is in Germany to promote his latest film, Hail, Caesar!, and after spending the day palling around with costar Channing Tatum, the actor hit the red carpet with his gorgeous wife, Amal, for the movie's premiere at the Berlinale Film Festival on Thursday. Amal stunned in a black layered gown for the event and stayed close to George as they posed for sweet photos. Inside, the couple held hands in their seats and were all smiles for the camera. Just last week, Amal accompanied George to the comedy's LA premiere, and the two basically looked like a Nicholas Sparks movie poster come to life. While in Los Angeles, George made an appearance on The Ellen DeGeneres Show and revealed that it actually took Amal nearly half an hour to accept his marriage proposal back in April 2014. Keep reading to see George and Amal on the red carpet in Berlin, then check out even more of their most romantic photos.