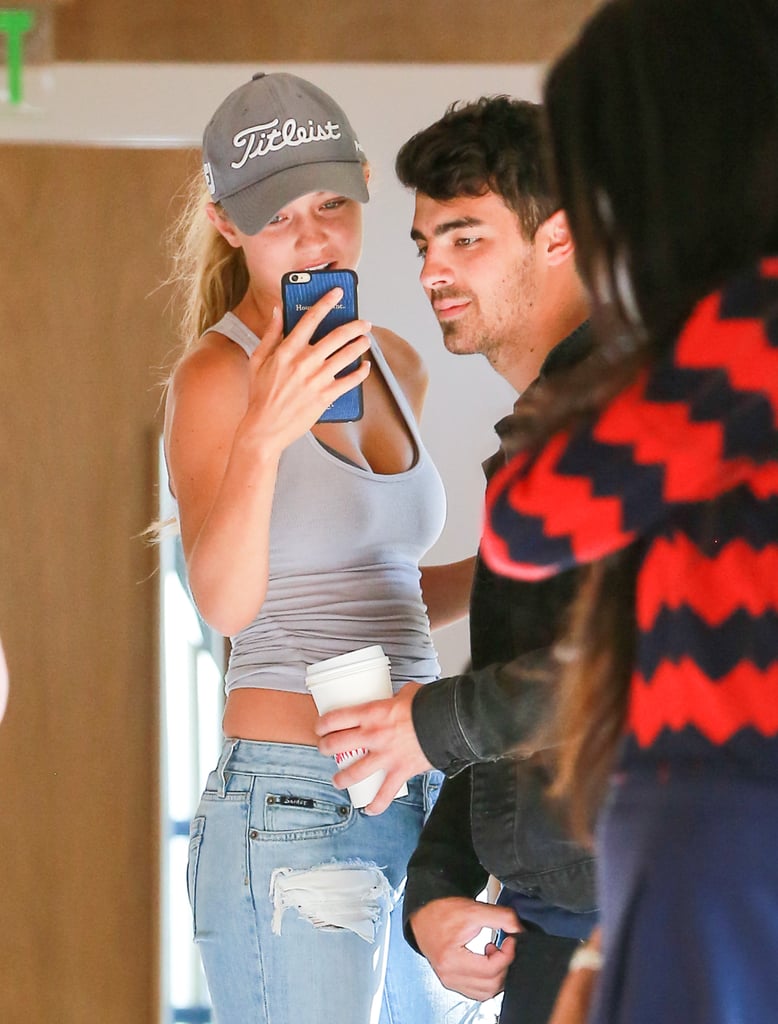 Gigi Hadid needs to start her day with a cup of Joe . . . Jonas. The gorgeous model was spotted grabbing coffee with the singer in LA on Thursday, and the two managed to squeeze in some sweet PDA in the process. Gigi, who kept things casual in Bardot ripped jeans and a tank top, laughed and joked around with Joe as she showed him something funny on her phone and the two got in some shopping. The couple, who first sparked dating rumors in early June, then made their way outside with a few friends.

The day date comes at the end of a busy Summer for the two. In August alone, Gigi and Joe partied at Kylie Jenner's 18th birthday bash in LA, took a cuddly stroll while heading to a pet adoption center, and celebrated Joe's birthday with a star-studded soccer bash. Keep reading to see more of their day out, then check out Gigi's hottest bikini moments.